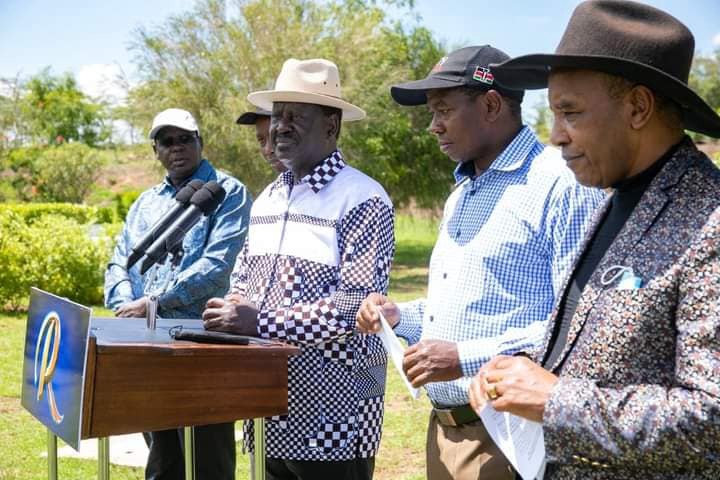 On Monday, ODM Party Leader Raila Odinga extended his charm offensive visit to Mt, Kenya region by hosting a section of the region's governors for a meeting in Nanyuki.

Speaking after the meeting, the governors welcomed Raila in Mt Kenya region saying he is free to campaign and look for votes in Mt Kenya.

In particular, Laikipia Governor Ndiritu Muriithi said they discussed in length the issues affecting the region including expanding local opportunities through the creation of sustainable institutions.

He also said they discussed the growth of the economy, including the inclusion of stimulus packages to cushion the micro and small enterprises that have been affected by unfavorable policies among other things. 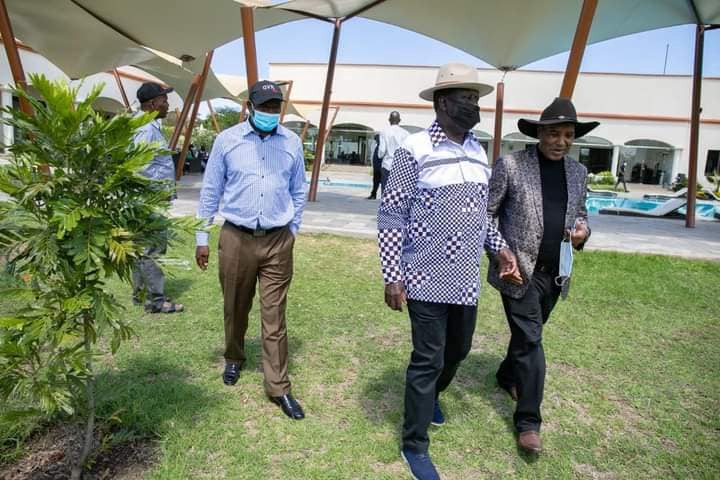 However, a notable number of governors from the region were visible absent from the meeting, raising questions on whether they had not been invited or had chosen to skip the meeting deliberatly. 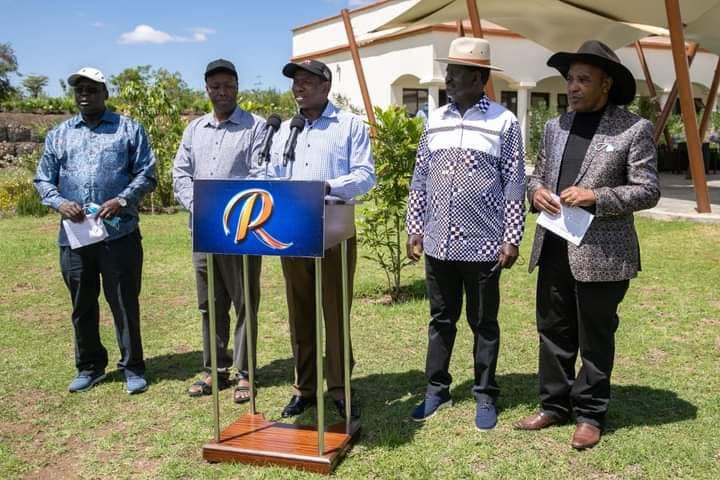 Among the key figures missing but had earlier come out to seemingly endorse the ODM boss for the big seat in 2022 include Kirinyaga Governor Anne Waiguru and Meru Governor Kiraitu Murungi.

The two had been Raila's close allies from the region and had been accompanying him in his most recent visits to Mt Kenya. However, Governor Waiguru seems to have reconsidered her decisions and expressed clear indications of dumping Raila for William Ruto's UDA camp. 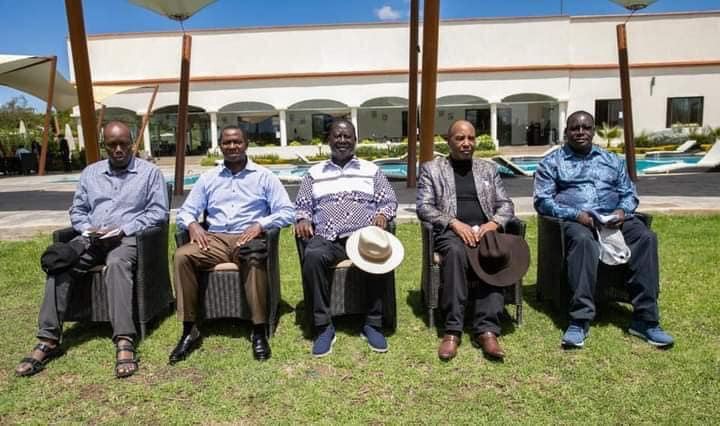 On his part, Kiraitu came out two weeks ago to deny endorsing Raila Odinga for president in next year's general election. This was despite acknowledging publicly that the time was ripe for Mt Kenya region to accept Raila's presidency after fighting him for long.

Other common faces notably absent from Raila's meeting includes Murang'a Governor Mwangi Wa Iria who had in the past, had a soft spot for Raila Odinga. Tharaka Nithi's Onesmus Muthomi Njuki and his Embu counterpart Martin Wambora were also missing from Raila's meeting.