By ProvisionalWriter (self media writer) | 5 months ago

Since they were expected to be sworn into office after winning elections in various parts of the world, Thursday was a momentous day for Members of the National Assembly and Senators from throughout the nation. They all took the oath of office and started performing their official duties on the floor of the Houses right away. 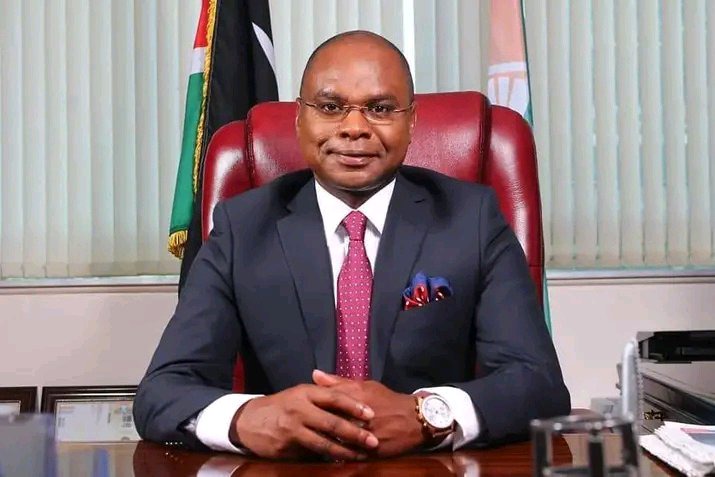 However, there was controversy in the upper House after senators from the Azimio la Umoja party left the chamber after Stephen Kalonzo Musyoka, their nominee for the position of future Senate speaker, withdrew his name from consideration.

They chose to leave the House, but the drill went on. However, a few Azimio la Umoja senators stayed behind and took part in Amason's election as the new Speaker of the Senate. 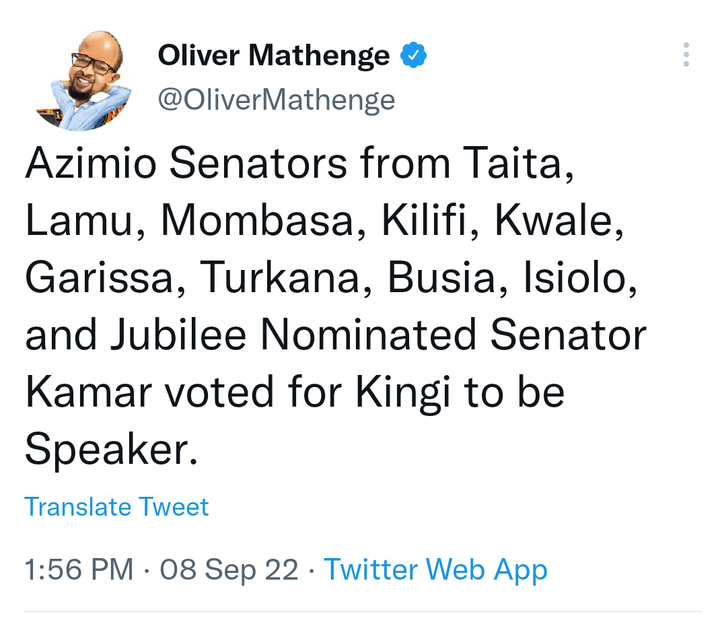 Azimio Senators from Taita, Lamu, Mombasa, Kilifi, Kwale, Garissa, Turkana, Busia, Isiolo, and Jubilee were among those who disobeyed the senator's directives. Electing Kingi as Speaker was proposed by Senator Kamar.

The fight between Azimio la Umoja and Kenya Kwanza has intensified, and everyone's attention is now on the National Assembly to find out who will be elected Speaker.

Content created and supplied by: ProvisionalWriter (via Opera News )