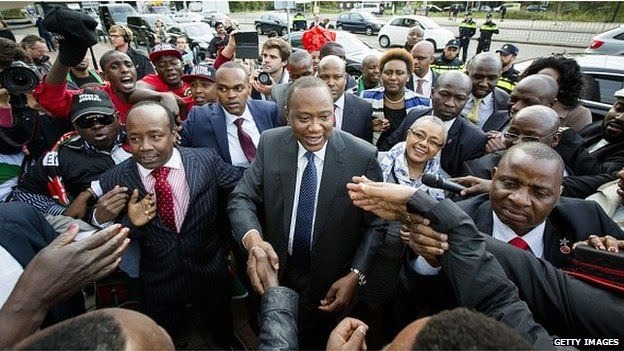 President Uhuru Kenyatta outside the International Criminal Court at the Hague. Photo/Courtesy [File]

Former political allies of President Uhuru Kenyatta have said their relationship with the national leader broke down when he decided to change his leadership style after the 2017 general election.

Among those friends are those who have been staunch supporters of President Kenyatta since 2002 when he first ran for the presidency, and some even were his personal aides.

Many of them were his main defenders when he was indicted in the International Criminal Court (ICC) along with Deputy President William Ruto. 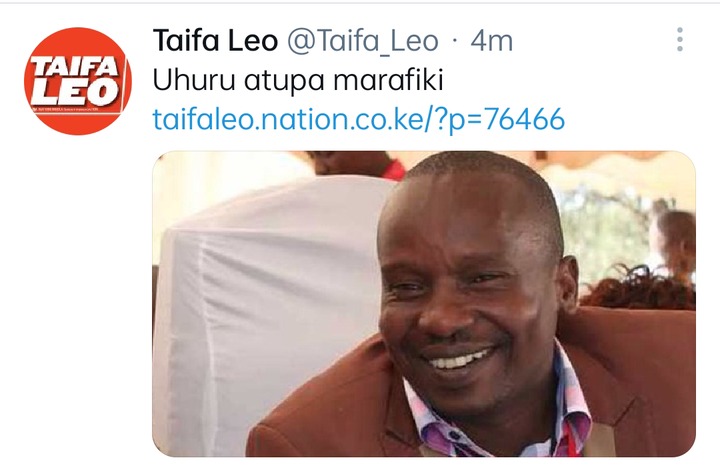 The former president's friends now say they found themselves outside the government when they began criticizing him about his new leadership style after the 2017 elections, and many of them have paid the price by being excluded from office, dismissed and some claiming harassment.

Deputy President William Ruto says that his friendship with the president deteriorated when he decided to work with former Jubilee rivals: “His style changed and he has the right to do so because he is the biggest. Because of my changing lifestyle, I was replaced by others. ”

During the 2013 campaign and the first term of the Jubilee government, the two were close friends, but now they do not see each other face to face.

Another close friend who ended up being fired is former agriculture minister Mwangi Kiunjuri, who insists that his misery was due to him being a friend of Dr Ruto: “So far, the president has not explained why he fired me. It is his right to hire and dismiss at any time, ”Mr Kiunjuri said.

In the 2017 general election, President Kenyatta called on Laikipia County residents to allow Mr Kiunjuri to run for governor to help him as a minister in the national government. But shortly after appointing the minister, the president began publicly attacking him and in January last year fired him from his post.

Since his indictment at the ICC, President Kenyatta had a close relationship with blogger Dennis Itumbi, and when he won the presidency in 2013 he appointed the director of digital communications at the White House. However, last year he and other directors of the president's information unit were fired.

At the moment, Mr Itumbi has joined Dr Ruto and has been critical of the government and the Jubilee party which he strongly opposed. 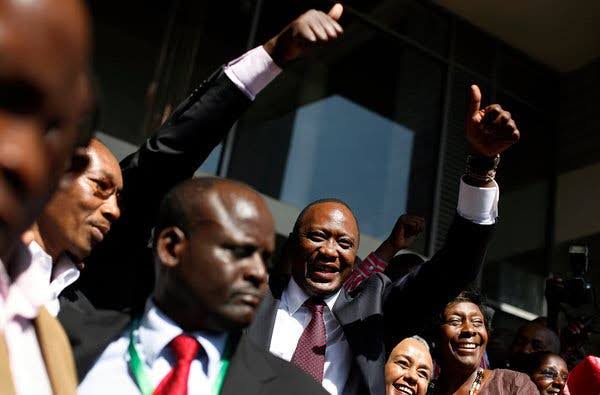 Mr Itumbi told Taifa Leo that he and the president differed ideologically but recognized him as the country's leader: "There are ideological and political differences between us."

Former Mukurweini MP Kabando Kabando says President Kenyatta has forgotten his long political journey until he became the leader of the country: “He has refused to adhere to the compromises with the leaders who formed the Jubilee government, and this is the source of quarreling with his friends and disintegration. I have a lot of respect for the president so I criticize him publicly and in a clean spirit. The decision is his! ”

Another friend of the president who has turned into a thorn in his side is Gatundu South MP, which is the home of President Kenyatta, Moses Kuria, whose political relationship dates back to Kanu's rule. But since 2018, Mr Kuria has been one of President Kenyatta's main critics in the Mount Kenya region.

Despite Mathira MP Rigathi Gachagua being President Kenyatta's aide since 2001, the politician from Nyeri is now one of the country's main critics.

Mr Gachagua says he has no personal grievances with President Kenyatta, apart from the fact that he did not live up to his promise to support Dr Ruto in the presidency: Our differences are political because he jumped on Dr Ruto. ”

President Kenyatta also differed with Tharaka Nithi Senator Kithure Kindiki despite being one of his lawyers in the post-2008 general election cases at the ICC.

Prof Kindiki, who is a legal and constitutional scholar, is one of the authors of the Jubilee party constitution and set out the strategies that made it possible to win the 2017 general election.

During President Kenyatta's first term, Prof Kindiki was the leader of the majority in the Senate before being appointed deputy speaker after the 2017 general election.

Others who were close friends and key defenders of President Kenyatta but now have political clashes with him are former governors Mike Sonko (Nairobi), Ferdinand Waititu (Kiambu), senators Irungu Kang'ata of Murang'a, Susan Kihika (Nakuru) and Kipchumba Murkomen (Elgeyo -Marakwet) along with several MPs.

Seemingly defending himself from his friends, President Kenyatta said in 2018: “Happy to lose friends. We will find others and move on."

“He Did Not Read The BBI, That’s a Lazy Comeback,” Raila Odinga's Ally Slamed