By Babutv (self media writer) | 1 month ago

The August general election is now moving closer making leaders work hard in their campaigns. Kenya is among the countries which goes to elections after every five years. According to the news which was shared on the social media platforms, the president Uhuru Kenyatta has already appointed leaders who will be handing over power to the new president who will be elected on August this year. 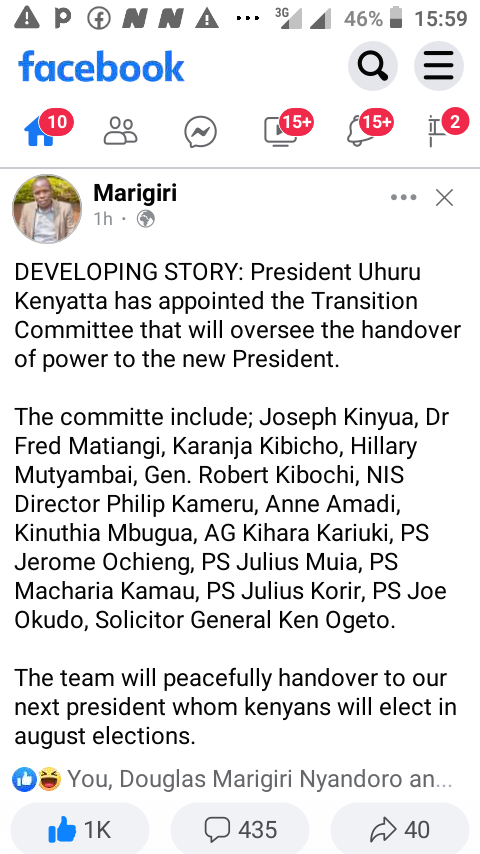 The leaders who were appointed will be in charge of handing over power to the new president that Kenyans will elect as their fifth president. According to the news which was shared on the social media platforms, the names of the transition committee includes the interior cabinet secretary Dr Fred Matiangi. 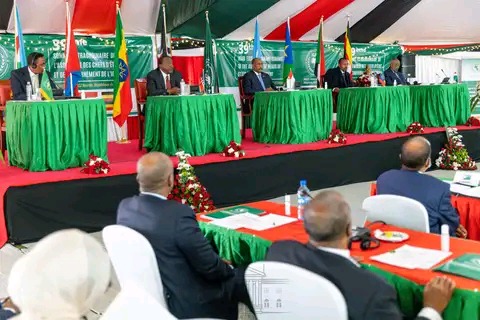 The other leaders includes Karanja Kibicho, Hon Joseph Kinyua, Hon Hillary Mutyambai, General Robert Kibochi, NIS director Philip Kameru, Hon Anne Amadi, Hon Kinuthia Mbugua, Antony General Kihara Kariuki among other leaders as shown in the screenshot. Despite that, let us maintain peace among each other during this time of campaign.