By power_volt (self media writer) | 1 month ago 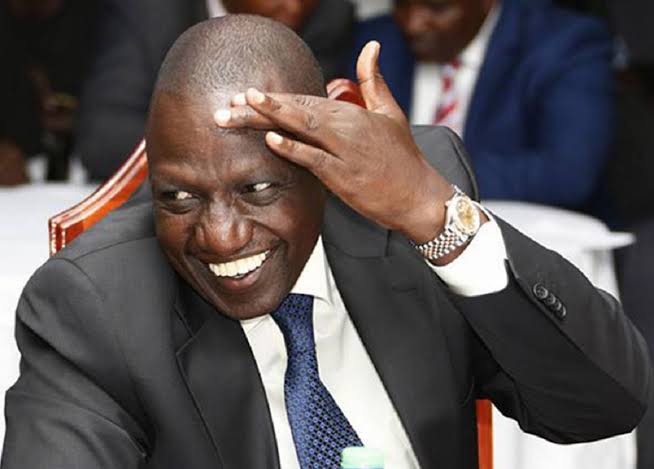 Pricilla Nyokabi, who acknowledges she lost her seat to Nyeri's senatorial seat, claims that yellow fever has now consumed us.

The United Democratic Alliance party's domination in the county, which has foiled the ambitions of political giants like MPs Kieni Kanini Kega, Jeremiah Kioni, and MP Amos Kimunya of Kipipiri, was the subject of his remarks.

"We give God thanks at all times. Yellow fever destroyed us in Nyeri. But now that everything has been said and done, let's move on, with thanks to God, said Nyokabi, a candidate for the Jubilee party.Nyokabi resigned from the National and Gender Equality Commission (NGEC) in an effort to unseat Ephraim Maina, the Nyeri Jubilee Party candidate for governor.

Provisional election results show that Maina is following in the footprints of outgoing Governor Mutahi Kahiga, who joined the UDA after leaving the ruling party. 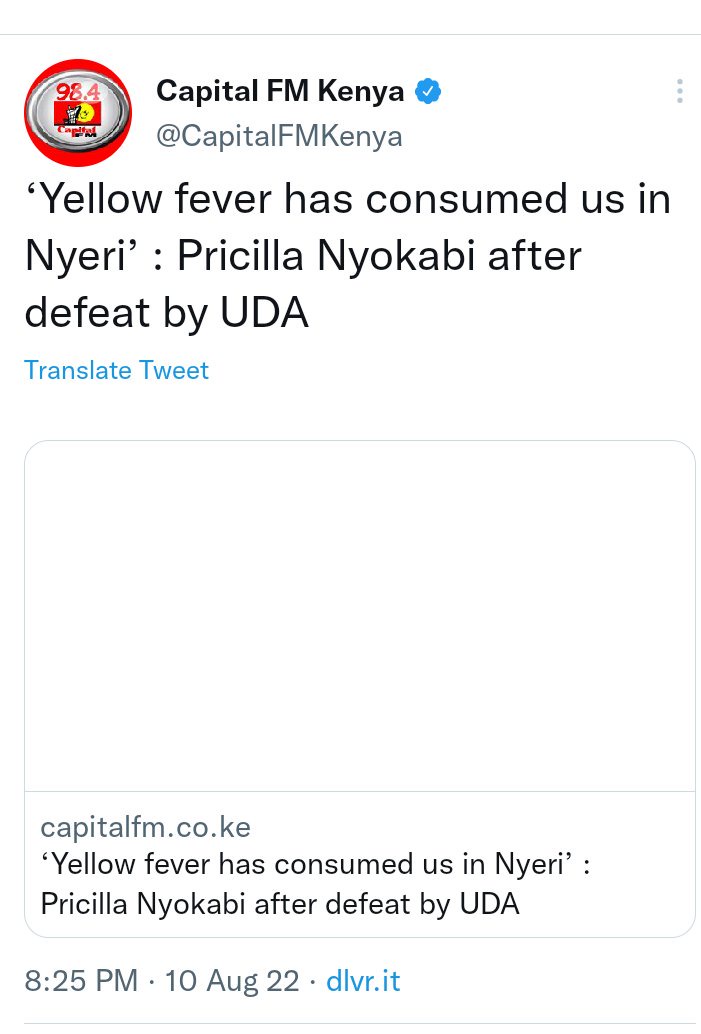 In the parliamentary elections in Kieni, the Jubilee Party, Kanini Kega, also admitted loss.Njoroge Wainaina of the United Democratic Union appeared to be in the lead after an intermediate vote count, but the mp remained mum about whom he would concede to.

Content created and supplied by: power_volt (via Opera News )