Has BBI Wasted Enough Of President Uhuru Kenyatta's Time To Deliver On Big 4?

By Onestrong (self meida writer) | 12 days 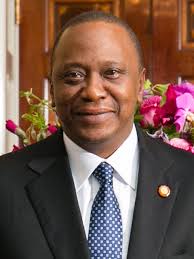 Issues Manufacturing, Universal health coverage, Housing and Food security have remained just but a pipe dream. Kenyans today are struggling hard to feed their families as the government is pushing through BBI.

However BBI which government officers have been pushing through seemingly has faced turbulence due to legal challenges that face it. Already the report seems dead and burried given the serious hurdles that face it. Therefore Uhuru Kenyatta if not careful might lose BBI as well given he has already lost his track to achieve the big four agenda.

As well president Uhuru Kenyatta stands on a shaky ground politically given he has already frustrated his team in Tangatanga brigade. His betrayal to his team has left him vulnerable and at the mercy of the opposition team who might not back him going forward hence clearly vast of his time has been wasted on BBI instead of delivering on his manifesto.