A teargas explosion brought the campaign event for Azimio Presidential running mate Martha Karua in Kisii to an abrupt halt earlier than expected.

When the explosion occurred, Karua had just stepped up to the podium to deliver a speech at the rally that was being held in Kisii Stadium.

It is reported that Martha Karua body guards pulled her and took her away to her car as locals scamper for safety. 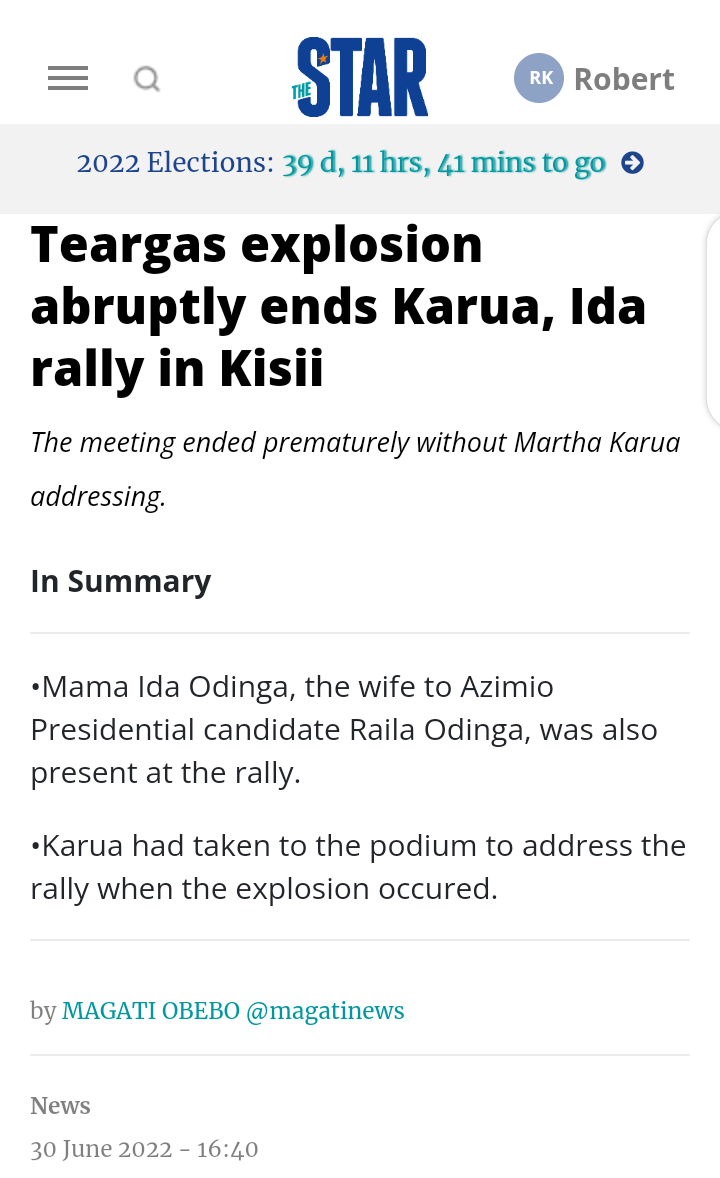 She was compelled to step down from the stage and make her way back to her vehicle so that she could escape the location of the gathering without addressing the audience of supporters.

The assembly, which had been taking place at the Stadium, was thrown into disorder when the audience that had assembled there was compelled to flee for their own safety.

The disorderly chaos was precipitated by a struggle for supremacy between Kisii Governor James Ongwae and Dagoretti MP Simba Arati.

Some of the youths were injured as they engage with police officers at the entrance to Gusii Stadium, where Karua and Ida had planned to held a rally but were disrupted by chaos.

The National Police Service-Kenya Comments After One Of Their Former Colleague Wins An MCA Seat.