By Cliff_dw (self media writer) | 4 months ago 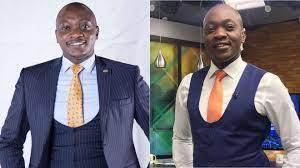 KTN News correspondent Ken Mijungu had a difficult time interviewing exiled Kenyan lawyer Miguna Miguna, who is a difficult nut to crack. On the evening of February 23, Mijungu chatted with the outspoken barrister about a number of topics, including President Uhuru Kenyatta's decision to endorse ODM leader Raila Odinga as his successor. While expressing doubts about the move, Miguna remarked that considering the person Uhuru was, the endorsement spelled doom for Raila's leadership. 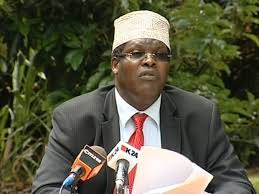 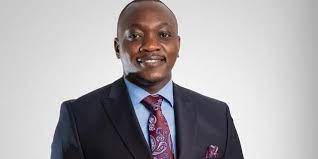 Miguna, known for his tenacity, continued his assault on Uhuru, insisting that the allegations he was making were true and that he could back them up if necessary. Miguna assured Mijungu that he would not be fired as a result of his remarks, despite the journalist's repeated interruptions, which appeared to be an attempt to prevent him from making the allegations. The newsperson retorted quickly, telling Miguna that he was not afraid of being fired. However, after the interview, the anchor stated that Miguna's opinions were his own and were not linked with him or the Standard Group in any way.

In a related incident, Look Up TV host Eugene Anangwe had a difficult time interviewing Miguna when he decided to discuss his book Peeling Back the Mask, which was published in 2012. The trouble began when Eugene told the lawyer that Raila was portrayed in his book as a charlatan who should not be trusted. The general, as he is affectionately known, saw Eugene's queries were being asked from a position of disinformation, which he exploited.

Content created and supplied by: Cliff_dw (via Opera News )

Kenyans' Reactions To Video Of Kabogo Asking Raila Supporters To Vote For Him.

Meet Awiti Of Real Household Of Kawangware, her real name, education, and her marital status

“Send Me Your CV I Fix You Somewhere” Ahmednasir Mocks Ledama, Says He Won’t Be Re-elected