By Newsblazer254 (self media writer) | 2 months ago 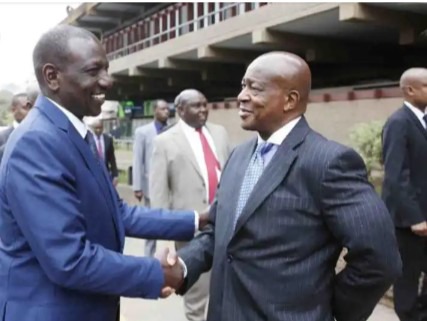 After a peaceful general election that was held on August 9, Kenya witnessed a peaceful transition of power from Presidential Uhuru Kenyatta to the current fifth President Dr. William Ruto in a colourful occasion held at Kasarani stadium on September 13

The head of state announced his new cabinet and declared changes in police administration on Tuesday. According to Nation, a doctor has sued President William Ruto and Attorney-General Paul Kihara Kariuki over alleged illegal nomination of Japhet Koome to the position of Inspector-General of Police (IG) 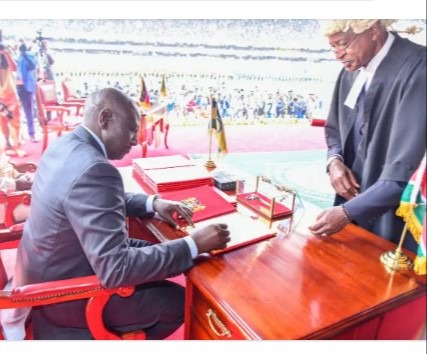 Liable sources indicates that Dr Magare Gikenyi claims that the nomination of the IG should be done by the National Police Service Commission (NPSC), he also told the court through his petition that the head of state failed to allow the procedure provided for in law to be followed. The General Surgeon has pleaded with the court to declare the process as unconstitutional and unlawful 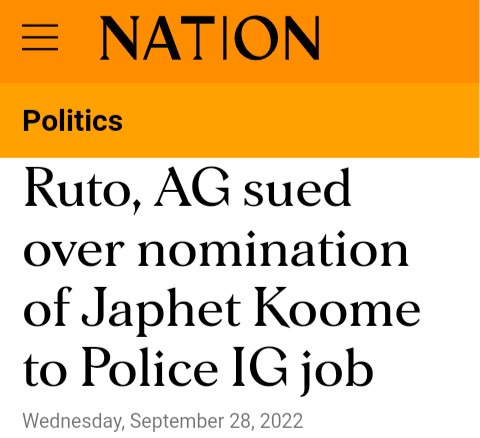