By MustReadNews (self media writer) | 6 months ago 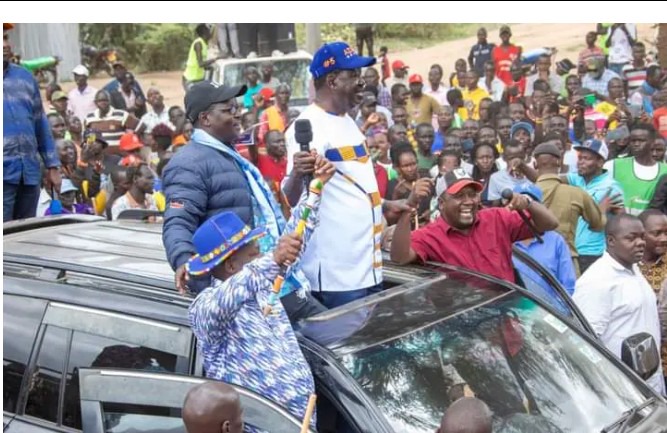 Azimio la Umoja As the number of days remaining until the election in 2022 continues to decrease, one of the presidential candidates in Kenya, Raila Odinga, went on a vote-hunting trip today in Iten Town, which is located in Elgoyo Marakwet County.

When speaking to a crowd in the town, the leader of Azimio recalled how, during his most recent visit to the Town in early April of this year, he was heckled by residents as he attempted to sell his candidacy to them. This took place while he was visiting the Town. After being heckled in Iten, his helicopter was attacked with stones the same day in Uasin Gishu County during the burial of Mzee Kibor.

"Mara ya mwisho nilipokuwa hapa, vijana wengine walileta nyokonyoko nikawaambia kwamba hiyo sio ungwana (The last time I was here, some youths caused mayhem and I told them that it is not good)," Raila remarked.

He stated that listening to the politicians is the first step in the political process, and that the second step is deciding who you would vote for out of the several candidates running for office. He stated that in the end, the people who will select who their next leaders will be are the voters. 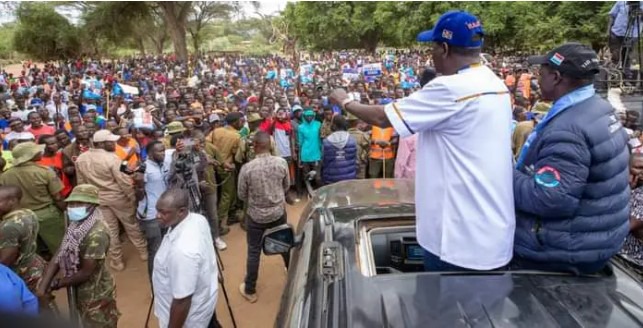 "Hakuna vita, mwisho ni kura tu. Na kura iko mfukoni mwako. Ukipenda unipee na ukipenda mpinzani wangu umpe alafu itahesabiwa (There will be no anarchy; in the end, the decision will come down to your vote. And you are carrying the vote in your back pocket. You can vote for me if you want to, but if you prefer one of my competitors, you can vote for him instead, and your vote will still be counted "Raila remarked. 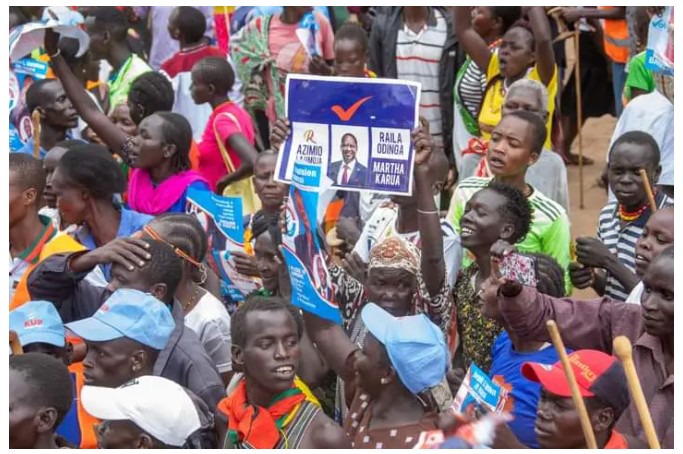 "Sisi ni mandugu. Kenya itakuwa ata baada ya tarehe tisa (We are brothers. Kenya would continue to be present even after the 9th of August "Raila remarked.

Content created and supplied by: MustReadNews (via Opera News )