Azimio leader Raila Odinga declared that he will not participate in 2027 general election unless Independent Electoral and Boundaries Commission (IEBC) Vice Chair Juliana Cherera and three other commissioners are reinstated. 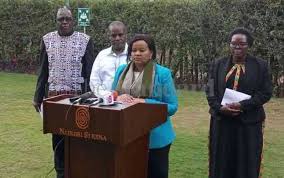 Speaking to journalists in Kamukunji Ground, Mr Odinga said that the fresh vote must be held in an environment where everything that went wrong can be corrected.

“We know exactly what transpired in these last elections, we know what the IEBC did, and we know that if we were to go back, there will be no different results and that's why will say there will be no elections on 2027," he said. 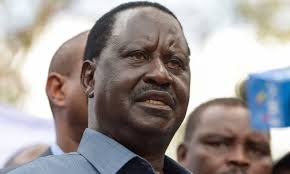 He, however, demanded that Ruto renounces the suspension of the four, let's face prolonged civil engagement to push for the same.

He vowed to thwart any plans by Ruto to have his conduits run any forthcoming elections in the country.

He also wants some commissioners to be sacked, alleging that they are partisan, and he is pushing for access to IEBC's electronic voting and result transmission system.

Mr Odinga criticized the IEBC for announcing the new election date saying that opposition parties had not been consulted. 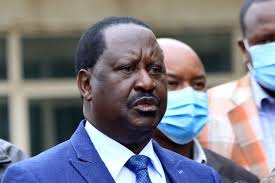 Azimio Chief Raila Odinga interacts with a Kenyan at the Kamukunji Grounds for a consultative forum on Wednesday, December 7, 2022.RAILA ODINGA 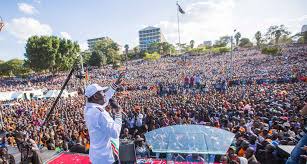 “Ruto needs to be stopped from putting a place a commission that will be his puppet. If not, then there will not be any elections," Odinga stated.

Odinga gave the President until the end of the year to reverse the changes, promising not, no hold any consultative forums until 2023.

However, he maintained that the parallel Jamhuri Day celebrations will go on as planned at the Jacaranda grounds on December 12.

During the forum, the former Prime Minister's supporters raised some of the challenges they were facing under President Ruto's government. 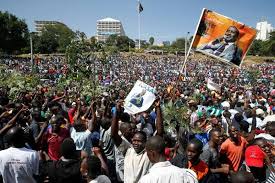 Unemployment and the high cost of living dominated the discussions. The youth also complained about the low limit of the recently launched Hustler Fund.

Odinga demanded the government reinstate the abolished Kazi Mtaani project pending the launch of tree-planting, fronted as its replacement and as such, could not put food on people's tables. 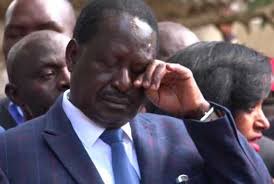 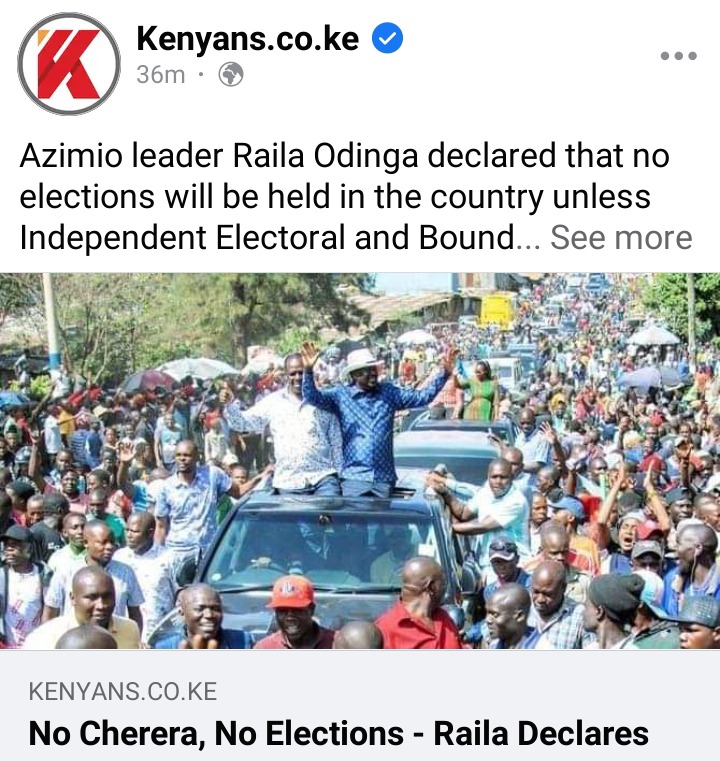