Abraham Mutai Criticises ODM And Calls Them Hypocrites For Making These Remarks.

By CynthiaOuma (self meida writer) | 1 months

Blogger Abraham Mutai has criticised the move by ODM Party leader Raila Odinga in condemning the of police power in the Bonchari Constituency by-election where there candidate Oimeke emerged as the winner. 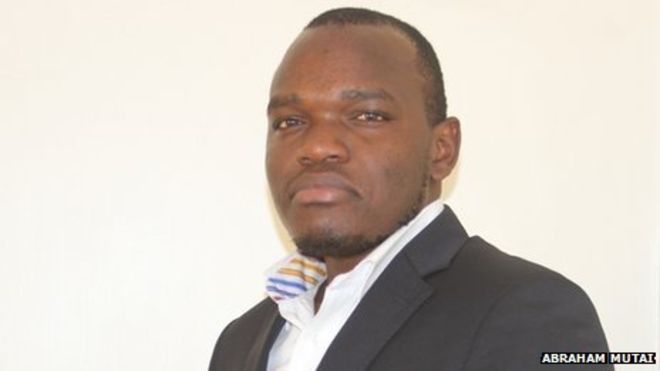 Penning his thoughts in a post on his twitter account on Wednesday, blogger Mutai claimed that the state assisted ODM Party in Kibra adding that the ODM candidate in Msambweni By-elections was also a darling of the state.

He further said that when the cabinet secretary of ministry of interior Dr Fred Matiangi uses state resource to try and win Bonchari, the same ODM is condemning and insulting Matiangi who helped them in their previous polls, a move he has termed as hypocrisy.

"The state assisted ODM in Kibra. ODM candidate in Msambweni was also a darling of the state. But now when Matiangi uses state resources to try and win Bonchari, that same ODM are currently CONDEMNING and INSULTING Matiangi who helped them in their previous polls. HYPOCRISY," Abraham Mutai. 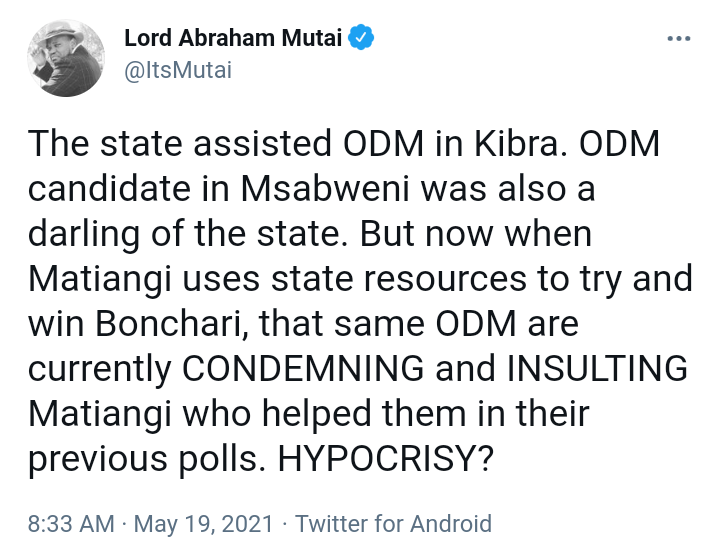 Earlier after Orange Democratic Movement party candidate Pavel Oimeke was declared the winner of the Bonchari Constituency by-election, Raila Odinga took to his Twitter account to condemn abuse of police power and arrogant display of impunity witnessed in the Juja and Bonchari By-elections.

"What we have witnessed in the by-election in Bonchari and Juja is an abuse of police powers and an arrogant display of IMPUNITY by a few overzealous and bellicose government functionaries," Said Raila Odinga. 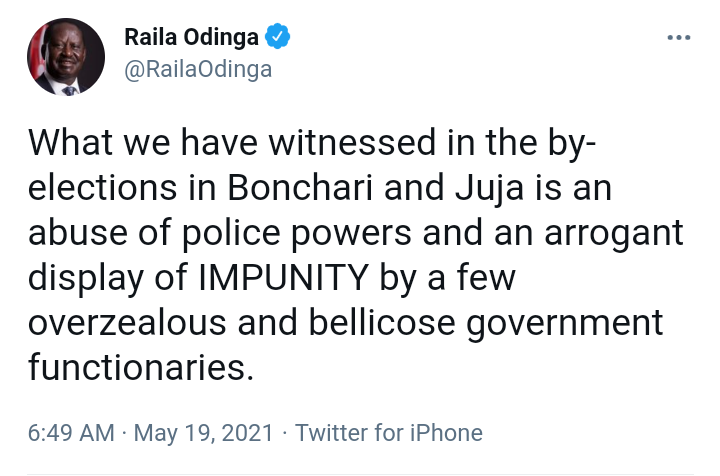