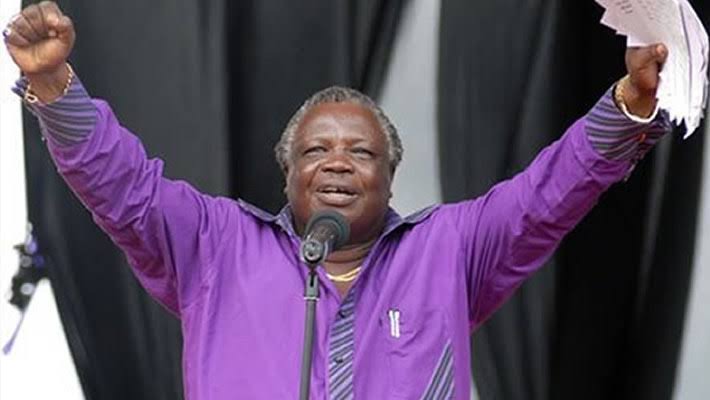 Francis Atwoli the Central Organization of Trade Union was recently re-elected unopposed for another five year-term. His re-election comes at a time when the welfare of workers especially that of teachers and medics is in a total disaster. After his re-election many leaders across the country congratulated him saying he has really delivered and he deserves to retain the seat.

One of those leaders who reacted was political analyst, Herman Manyora. In his remarks Manyora claimed that, "FYI, AtwoliDza is not even half as involved in politics as his predecessors in COTU, most of who were MPs. Read our history. You may also wish to read about Lech Walesa of Poland. Watch my YouTube video on this, again."

His remarks made Atwoli accept what he said. Atwoli said that this is true. He added that it is said that many people care little about history. Five of the six previous Secretary Generals of COTU have been Members of Parliament, he said. He claimed that he has since opted not to join active politics but to influence policy and decision affecting workers by strengthening COTU.

He added that this has been possible because of the impact and influence they have been able to create at COTU. Atwoli said that when he was taking the COTU leadership as the Secretary General, the membership was about 300,000 members but now COTU enjoys approximately 4,000,000 members. This is so great that the membership has gone really high. 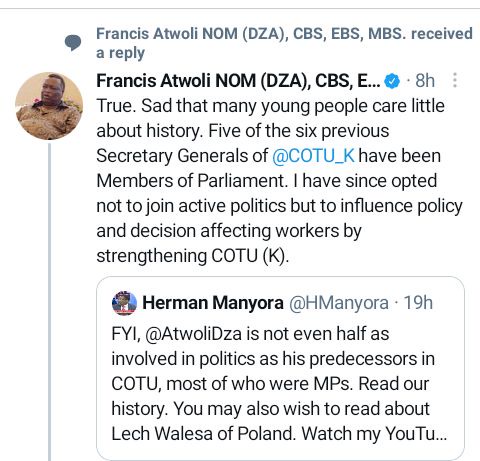 "ODM Is Solid," Philip Etale Rubbishes Tales Of Rebellion Within The Party