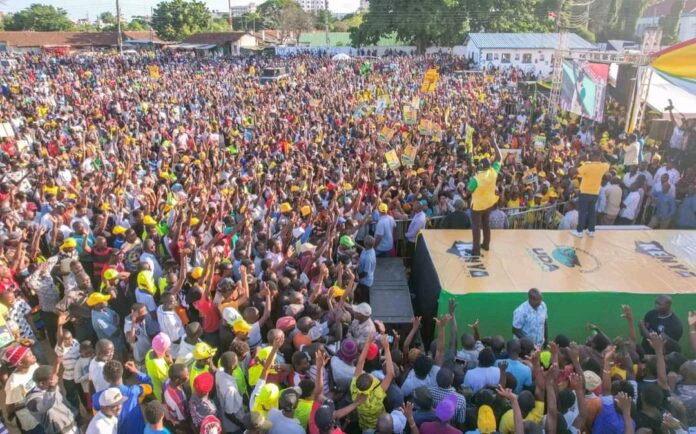 Although coastal Kenya has always been seen as Raila Odinga's stronghold, the most recent general elections showed that Raila is gradually losing control of the area.

Even though Raila won the most votes in the most recent general elections (645,913), all indications suggest that his support is waning. The former prime minister received 801,031 votes in 2017.

In contrast, William Ruto, his major rival, received 336,478 votes. Jubilee received 287,606 votes in the previous election when he teamed up with President Uhuru Kenyatta. This only shows that he is getting better, and perhaps by 2027, he will be receiving 50% of the votes from the region.

Ruto used a number of techniques to get where he is, starting with gaining the support of some of the influential politicians in the area, such as the now-ex-governors Salim Mvurya of Kwale and Amason Kingi of Kilifi. At first, he gained the support of people like former Mombasa senator Hassan Omar, former Nyali MP Mohammed Ali, and former Malindi MP Aisha Jumwa, among others.

In addition, the president-elect made sure to field candidates, particularly in ODM-stronghold counties like Mombasa, even though Mombasa has not yet chosen its preferred governor. He set up a fight between Jumwa and ODM's Gideon Mung'aro in Kilifi.

Some villagers were sick of ODM's dominance in the area because it had been so long.Therefore, in order to secure their support, Ruto backed some of the independent candidates and refrained from pressuring parties that were just starting to gain ground to join UDA, allowing them to develop independently.

Ruto also claimed during his campaigns that Raila had abandoned the coastal populace and that he was the only one who had their best interests at heart.