Just In: Kenya Kwanza Reveals The Names Of Their Nominees In Parliamentary Leadership 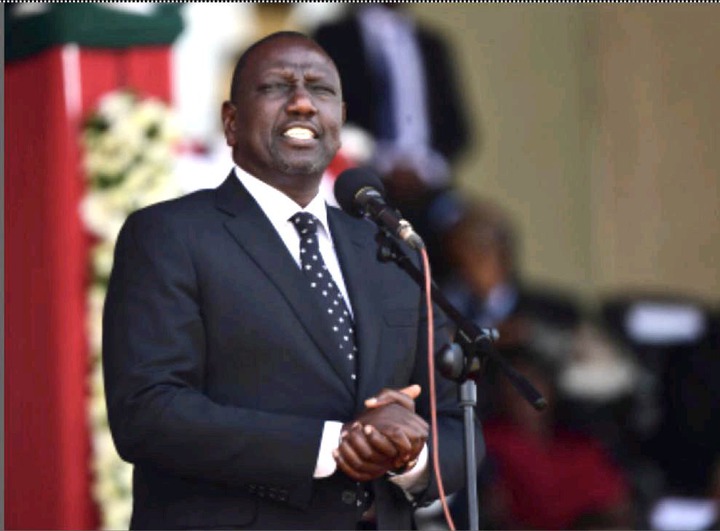 After both houses of parliament appointed their speaker, we expect them to elect the Majority and Majority leader. Others seats we also expect them to appoint include Deputy Majority and Minority leader, Whip and his deputy in both houses of the parliament. Kenya Kwanza lead by president William Ruto and Deputy president Rigathi Gachagua won the both speaker of National Assembly and the Senete. 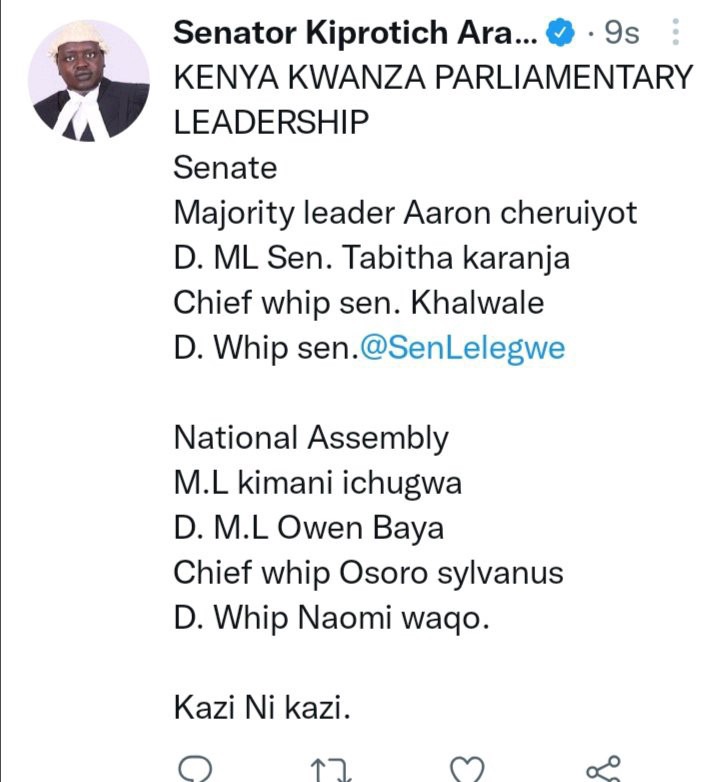 Senetor Kiprotich Cherargei is one of the most influential and popular leader in Rift valley region. He has revealed that majority of senete will Aaron Cheruiyot, Deputy will Tabitha Karanja, Chief Whip will be Boni Khalwale, Deputy Chief Whip Lelegwe.

National Assembly Majority leader will be Kimani Ichungwa, Deputy Owen Baya, Chief Whip will be Silvanus Osoro Deputy whip will be Naomi Waqo. This leaders are expected to lead the parliament for five years.

Didmus Barasa to Quit Politics Next Week on This Condition