Putin attacks Britain and US for violating Libya resolution

By Bobbynews (self media writer) | 9 months ago 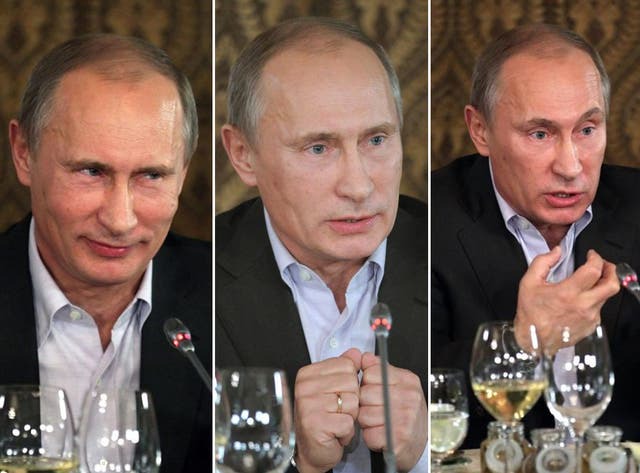 The Russian Prime Minister, Vladimir Putin, launched a broadside against the Western intervention in Libya yesterday, describing British, French and US action as "a complete scandal and a complete affront to the international community". In "taking the side of one of the warring parties," he said, "they had committed a crude violation of the UN resolution".

Mr Putin was answering a question about Syria during a dinner with members of the Valdai group of international Russia specialists at a restaurant outside Moscow.

The sharpness of Mr Putin's response – he had said that any action against Syria that caused destruction of the kind that had happened in Libya, would be "quite unacceptable" – suggested that he would be just as combative a president internationally, if he wins a third presidential term next March, as he was in his previous two terms.

The Russian Prime Minister also indicated growing tensions with the United States over missile defence, but tempered this with assurances about Russia's readiness to assist with infrastructure projects in Afghanistan, as the US moved to withdraw.

This was the eighth year running that Mr Putin has met the Valdai group, which was set up at the initiative of the Kremlin at a time when relations between Russia and the West were at a particularly low point.

This year's venue for the three-hour question and answer session was a restaurant frequented by members of the new elite at post-Soviet Russia's first privately owned equestrian centre.

The meeting took place just six weeks after Mr Putin was nominated by the governing United Russia party to be its candidate in next year's presidential election. This endorsement, and his acceptance, virtually guarantee that Mr Putin will return to the presidency, which he left four years ago after serving the maximum two consecutive terms.

The expectation is that he will exchange jobs with Dmitry Medvedev, who was elected president in 2008. Russian commentators are using the chess term "castling"to describe their job-swap.