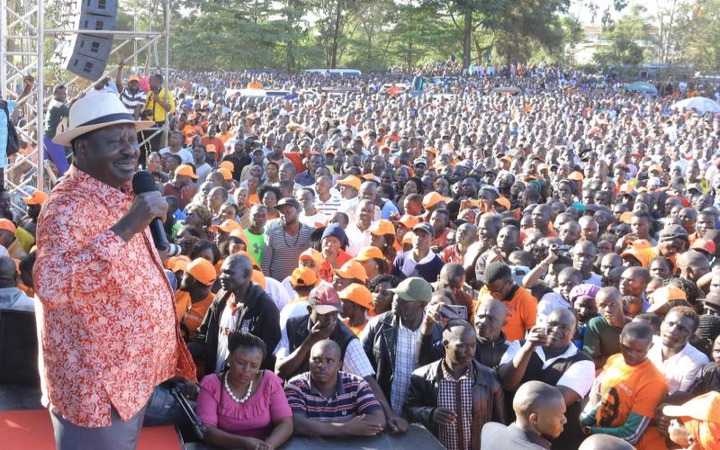 Some of the public reported that with Raila Odinga in government, there has been many reforms to count on. According to his good deeds, many of the public opted to stand with him come 2022 general election.

According to The Standard Digital report, it was reported that Raila Odinga during one of his recent campaigns he received blessings from Dedan Kimathi's widow. This was after he promised to assist her acquire house she currently rents. 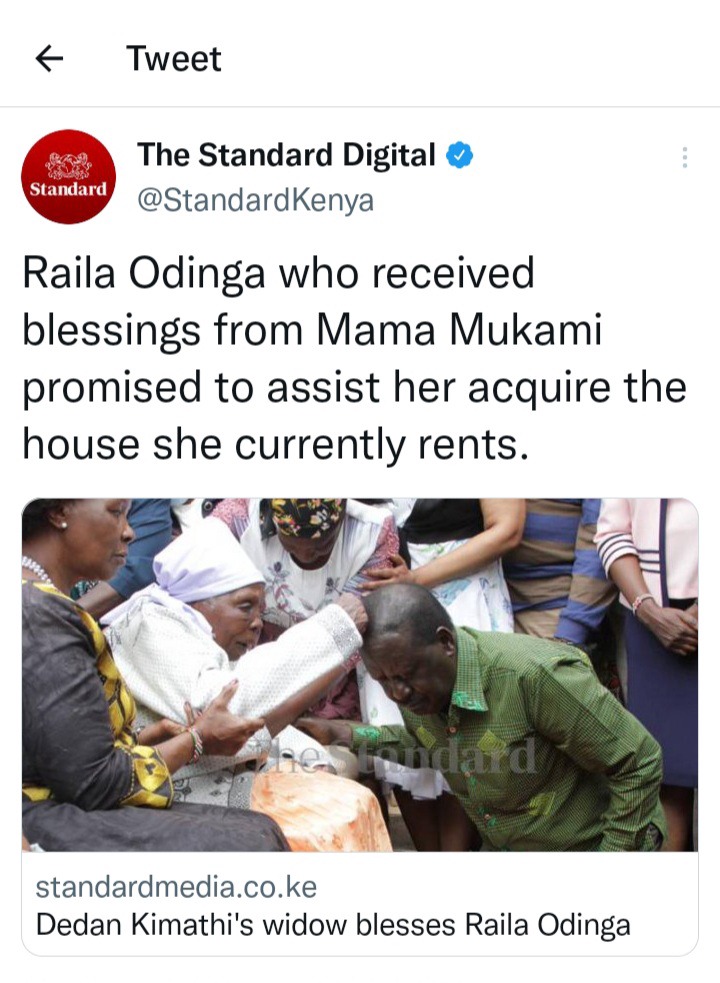 In addition, it was reported that after Raila's promise to the wife of the late Dedan Kimathi both supporters from different parties and a country as a whole was touched. It was reported thatbmost of the politicians supported his move to help a widower.