By CollinsKB (self media writer) | 3 months ago 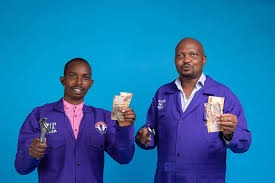 Kiaga ward in Meru seat fell vacant in May after the dismissed of late Eunice Karegi,who succumbed to caner.

MP Moses Kuria fronted Milton Mwenda Kabobo for the seat while United Democratic Alliance UDA party linked to deputy president William Ruto cleared Simon Kambi to fly the party’s flag .However, UDA filed a petition claiming Mwenda was yet to resign as Kiagu public servant violating the constitutional requirement that aspirants should not be holders of any public offices.

On September 30, the Nairobi High Court issued directives orders concerning Mwenda's case to electral body not to make any preparations before Mwenda's case is heard and determine.

In a statement on Friday, October 8, IEBC chairman Wafula Chebukati said the commission would abide by the court order."The commission, in compliance with the conservatory orders, shall not conduct the by-election for Kiagu ward scheduled for October 14 until determination of the said case," Chebukati said.

According to lawyer and senator Mithika Linturi,said that Mwenda still holds public office.

On Thursday, September 23, the commission said Mwenda and other aspirant Nathan Gitonga failed to resign as public servant within the legal time provided to them. 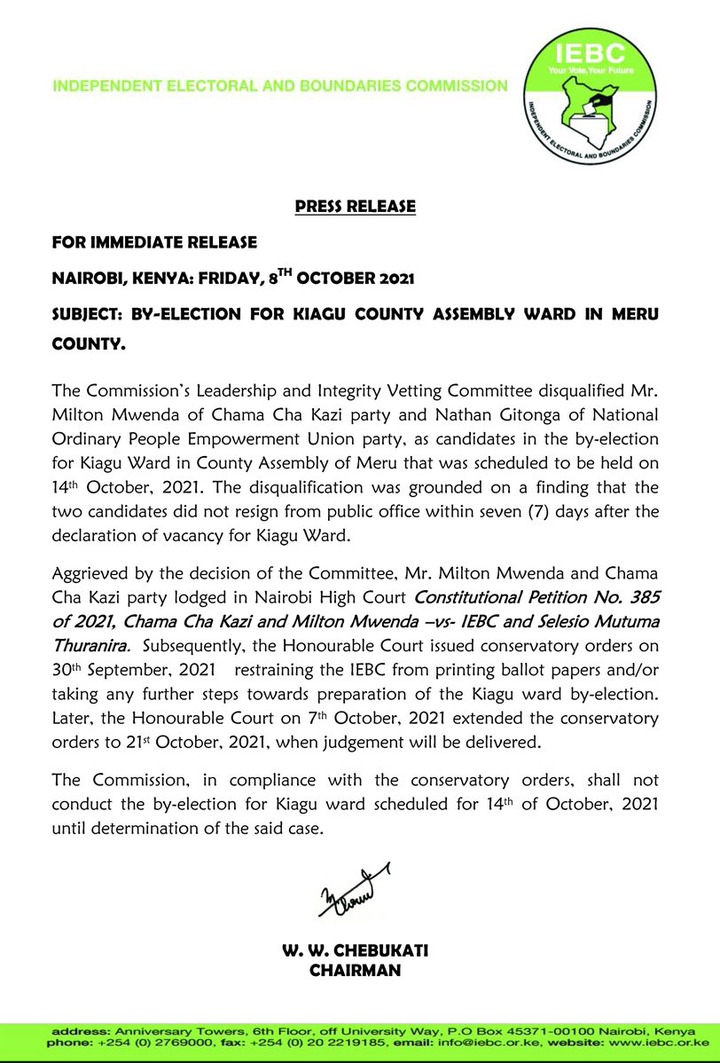 MP Moses kuria leader of Chama Cha Kazi was asked by electrol commission to replace Mwenda to another candidate within 72 hours but he was dissatisfied with decision and he moved to Court.

Content created and supplied by: CollinsKB (via Opera News )

Senator Cheruiyot to Citizen Tv Journalists: They Deserve Our Sympathy

"He ghosted us, "Wiper Senator Says Of Kivutha's Actions Prior To Running Against Kalonzo.

DP Ruto Badly Exposed As Raila Spills The Beans, Reveals What Bottom Up Economic Model Is All About