While he remains silent on whether or not he will be in the race for the presidency for the fifth time in 2022, ODM leader Raila Odinga appears like a man preparing himself for the main race. 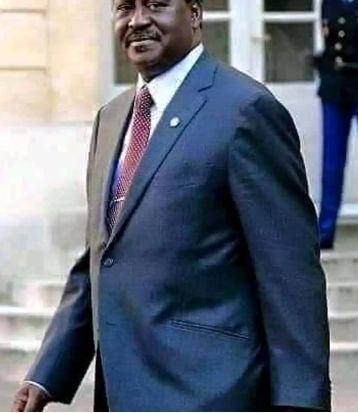 As result, he has been seen surrounding himself with some powerful politicians lately, those who appear will play the kingmaker role in his favour when the time comes.

For instance, he has been closely working with Kakamega governor Wycliffe Oparanya, who doubles up as the ODM Deputy Party Leader.

This could be a deliberate plan to replace ANC leader Musalia Mudavadi and Ford Kenya's Moses Wetangula, who have supported him twice and are unlikely to support him again in 2022.

In the Lower Eastern region, the dalliance between him and governors Kivutha Kibwana (Makueni), Charity Ngilu (Kitui) and Alfred Mutua (Machakos) is no longer a secret.

The region's kingpin and Wiper leader Kalonzo Musyoka, who has also twice supported Raila, has ruled out doing the same again.

While he remains on top of his Luo Nyanza region, the former Prime Minister has been very close to Interior Cabinet Secretary Fred Matiang'i lately, if he will be seeking the Kisii region vote, then it could be through the powerful CS.

In Central Kenya where he has not been enjoying any support, Raila has been basking in the support of Kirinyaga governor Anne Waiguru.

The county boss, in an interview last year, claimed that Mt Kenya is ready for a Raila presidency.

The ODM leader has also been endorsed by nominated MP Maina Kamanda and former Gatanga MP David Murathe, who says that Raila and Uhuru can work together in 2022 to capture the President and Prime Minister slots respectively.

In Coast, Raila seems to have the region largely behind him, through the backing of Mombasa Governor Hassan Joho and his Kilifi counterpart Amason Kingi.

Though Raila remains silent on his 2022 plans, he has hinted that he has a plan.

Speaking during the burial of former Gem MP Joe Donde's mother last year, he suggested that he has changed tack as he hopes to realize his ambition.

"You have seen me change tack. This is a strategy. There are several ways that can lead us to where our ambition is,” said Raila, who has been blaming his losses on rigging.

Content created and supplied by: opanda (via Opera News )