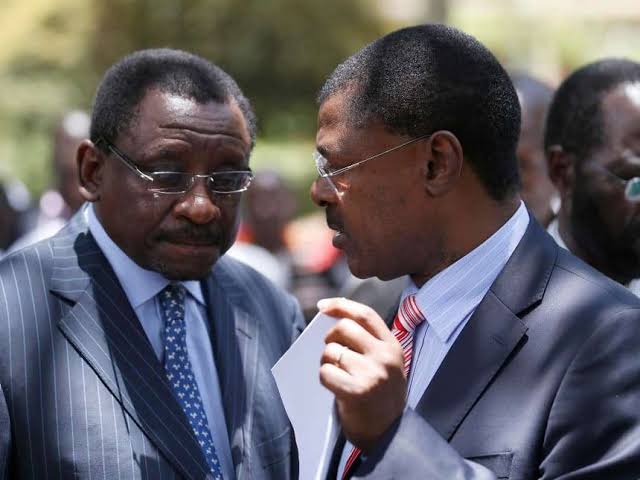 The political tension has been directed to BBI politics ones again after it took time to be passed in counties. The county assembly took hitted debate but finally passed the report. It is funny that Siaya County where senator James Orengo comes from is the county that passed the BBI report first. Recently James Orengo and few ODM leaders were disagreeing with the immediate passing of the BBI report alleging that there was no need to rush it.

According to James Orengo, Otiende Amollo and Okong'o Omogeni and other council were alleging that the BBI report cannot be changed ones passed. But according to City Lawyer Kipkorir has a different approach and he Deconstructructed the top leaders alleging that it can. He to him,

This raised concerns If senator James Orengo and others have forgotten the constitution they drafted themselves. Kenyans reacted to this and this is what they had to say, "BBI is a people driven, you got no right to ammend it, because its from the people you represent. You can either campaign against it or for it on."

"I was wondering, how ouda my MP for Kisumu central has more power more than the people who elected him to represent them in the Parliament. Yes Parliament can ammend constitution, and people can do the same directly through referendum..power belong to people."

Content created and supplied by: Joeshu (via Opera News )

KMD Announces Heavy Rainfall Across The Country, See Whether Your Area Will Be Affected