List of winners, losers and the votes that they got in UDA nominations

By Kenyan.Newszjunky.co.ke (self media writer) | 2 months ago 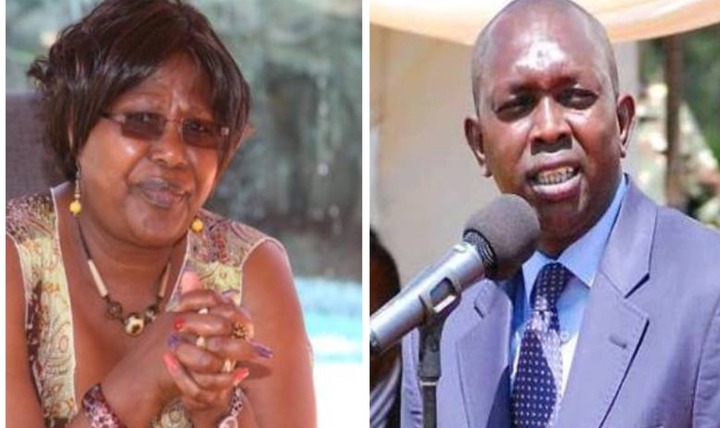 Results continue to stream in a day after aspirants seeking the United Democratic Alliance (UDA) ticket participated in the primaries.

Some big names fell, others easily stormed to victory in what would be described as a night of mixed fortunes for the aspirants.

Below is a compilation by The Standard of the results announced so far:

Paul Biego has won the UDA ticket for Chesumei MP seat. He defeated the incumbent, Wilson Kogo. Biego got 21,370 votes while Kogo got 12,980 votes. Jonesmus Sanga came a distant third with 351 votes. Spoilt votes were 610. Chaos erupted after Kogo lost the primaries to Biego.

Laikipia Woman Representative Cate Waruguru has lost the bid to run for Laikipia East MP seat on UDA. She was defeated by Amin Deddy who got 12,743 votes. Waruguru got 5,595 votes; Anthony Mutahi came third with 2,701 votes.

Area MP Martha Wangari wins UDA ticket in efforts to defend her seat. She got 9,829 votes against her rival Stephen Gatimu’s 6,809 votes.

Adams Kipsanai has won the UDA ticket for Keiyo North parliamentary seat. He defeated the incumbent MP James Murgor. Kipsanai got 6,523 votes, while Murgor got 6,383 votes, a difference of 140 votes.

The incumbent MP Jayne Kihara lost the UDA ticket to her predecessor John Kihagi. Kihagi got 10,394 votes while Kihara got 9,991 votes, a difference of 403 votes. Kihara alleged she’d been rigged out.

Molo MP Kuria Kimani has won the UDA ticket to defend his seat after getting 10,442 votes. Kamana Joseph came second with 2,917 votes and Kelvin Karanja 533.

The incumbent MP Johana Ngeno got 14,381 votes to be declared the winner. He defeated David Keter, who got 8,943 votes.

We’ll keep updating the list upon confirmation of more results.

Top 5 African Countries That Speak Best English, No. 1 Is Uganda