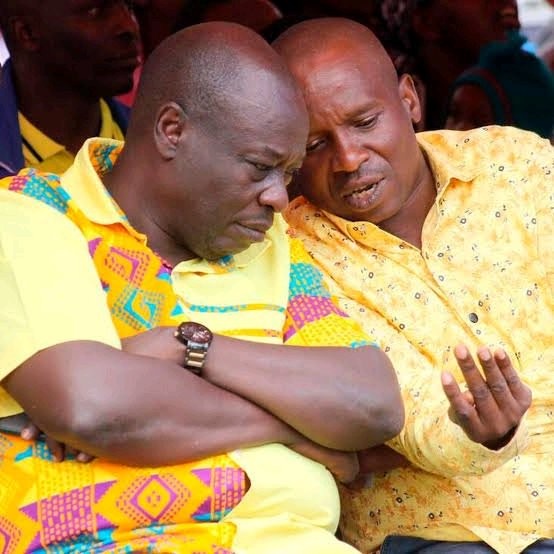 Uhuru Kenyatta has been exposed by Gachagua, who also said that the president attempted to employ his chief agent Karanja Kibicho to bribe Kindiki into betraying Ruto but that Kindiki refused. Gachagua claims that Kindiki, despite losing the position of deputy speaker in the senate, refused to be purchased and declared that he would fight to the death alongside the vice president.

Gachagua is unambiguous; Kindiki has continued to be among the vice president William Ruto's most ardent supporters and has shown no sign of backing down. He is confident that Kindiki is a devoted supporter of Ruto and that he will be the one to stand up for Ruto's triumph.

Gachagua was retaliating to Uhuru's accusations that William Ruto had neglected his responsibilities. Gachagua claims that Azimio-OKA won't be successful since it is clear that William Ruto, the vice president, has strong devoted supporters who cannot abandon him.

Gachagua has made it clear that not a single vote cast for William Ruto would be tampered with as the elections approach. He is certain that Kindiki and he will stand strong and make sure that all of Kenya Kwanza's votes are completely protected from Uhuru's threats and coercion.

Here is a link, https://youtu.be/9mZpkJ0DPAQ