By Ckibiba (self media writer) | 7 months ago 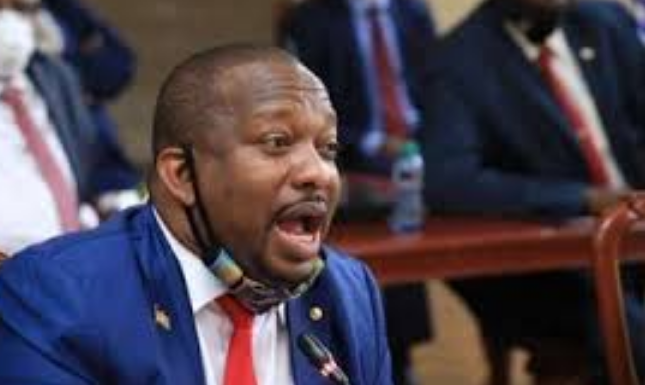 Details have emerged on how former Nairobi County Governor Mike Sonko squandered the county’s resources to finance his lavish and extravagant lifestyle during his tenure as the County head.

Reports indicate that Sonko splashed Sh4.09 Million from the county government coffers to hire a contingent of 33 police officers to provide him with security during his three-week trip to Mombasa in 2018.

Nancy Gathungu the auditor general revealed that payment documents show that the amount of Sh4.09 million was paid as allowances to the officers, who were on guard during the governor’s 22-day stay at an undisclosed place.

The purpose of the over three weeks Coast trip could also not be established, leading to the conclusion that it was a calculated move to blatantly plunder the County resource owing to the fact the he did not disclose the purpose of the trip or who authorised the hiring of the officers in question.

“No documents were available in support of the payment except an unsigned schedule.

In addition, the purpose of the journey and authorisation for use of 33 police officers was not explained,” the report indicates.

This was in contravention of the constitutional provision allowing for not more than five security officers including his personal bodyguards and those manning his residence.

Also unearthed during the process was the suspicious payments made in the form of fees totaling to Sh595 million to various firms having offered legal services to the county during his leadership without proper documentation provided.

“Management did not avail documents such as nature of disputes, approval for procurement of professional services records, the record of services rendered and contracts for audit review,” the audit says, sparking concerns the money could have ended in private pockets.

The legal fees by the County government to tens of law firms allegedly offering services to Nairobi county government during Sonko’s tenure are the subject of investigations by the anti graft body (EACC).

Nancy also flagged some Sh66.97 million that were generated from approval of development plans as part of own generated revenue.

The Audit report also indicated that during the year under question, examinations of records maintained by the building plans department showed that 2,582 building plans were approved in the County bringing revenue amounting to Sh950 million.