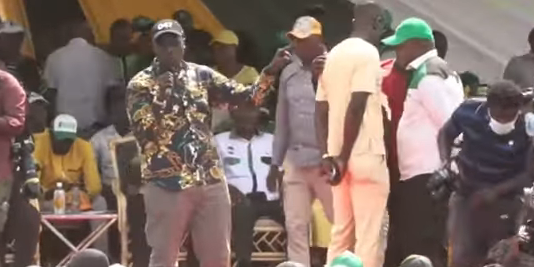 Nairobi Senator Johnson Sakaja has urged President Uhuru Kenyatta to shun away from influencing his succession ahead of the August election.

Speaking at Posta Grounds in Bungoma during a rally attended by Deputy President William Ruto, Musalia Mudavadi, Moses Masika Wetangula and their allies, Sakaja said that Kenyans should be given an opportunity to exercise their democratic right and not have leaders imposed on them.

"The choice on who becomes the next president lies with the people and not few individuals who hold meetings in hotels. Do not take the democratic right of our people by imposing a state project on them. I want to tell Uhuru that he should not dictate his succession, allow Kenyans to decide," said Sakaja.

He went on to laud Musalia and Wetangula for taking a bold step in their political career by joining hands with Ruto and not Raila following previous mistrusts.

The vocal lawmaker believes that the next administration would be formed by the Kenya Kwanza Alliance, terming Raila as a state project, who is bound to fail just like Uhuru failed in 2002 after he was supported by President Daniel Moi.

"Elections will be between those in hotels supporting Azimio la Umoja, while the others are determined to ensure economic stability, choose wisely," he added. 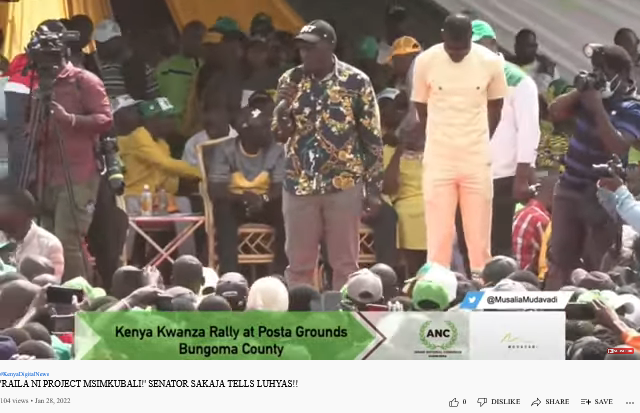