Renowned United Democratic Alliance party politician, honorable Kiprotich Cherargei has defended the remarks of the Deputy President of Kenya, honorable Rigathi Gachagua who claimed that the Shamba System is going to help in reducing food shortage in the country. 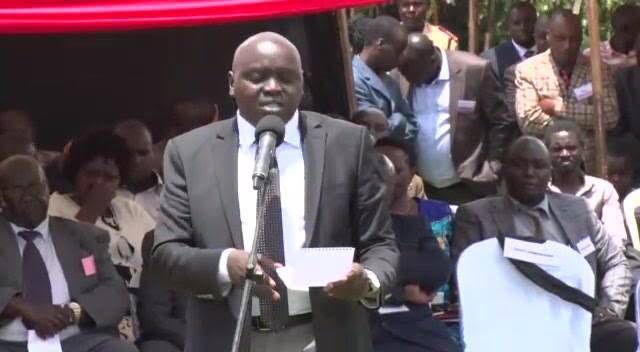 In a news report that has been shared by a reliable source of information, it has been revealed that the Deputy President of Kenya has claimed that the government of Kenya Kwanza under the Leadership of President William Ruto is going to allow kenyans to farm in different forests all over the country stating that this is helpful to the country.

According to the reports given by Gachagua, he claimed that it will be so unfortunate for the government to ban Kenyans from doing this despite the fact that Alot of people are currently suffering because of food shortage in the country.

Taking to his different social media accounts to explain the importance of Shamba system in the country, United Democratic Alliance party politician Cherargei has claimed that this is going to be helpful to all kenyans.

According to the reports given by most Kenyans, they claimed that it is so unfortunate that most politicians often engage in unnecessary political attacks in their different social media platforms instead of trying to find a solution to the problem thus wasting more time arguing in their social media accounts. 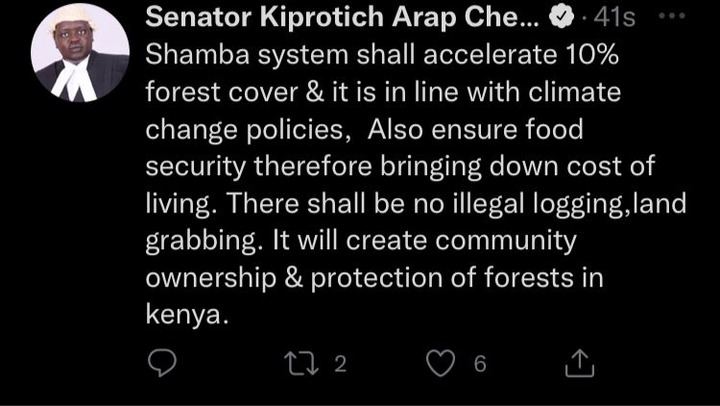 Pics; Julie Gichuru Stuns With Impeccable Outfit As She Met Gachagua At His Harambee Annex Office.

Why You Should Remember That God Still Cares For You

Why TSC CEO Was Forced To Fold Her Trousers In Kilifi While Taking Papers To Candidates.