It has been on record that the current government prefers leadership of KDF in controlling most of the government institutions as opposed to some of the stakeholders within the government.

According to most of the reports from the social media platforms, it was noted that appointments made by the government to KDF officials in managing government institutions was not recommendable. 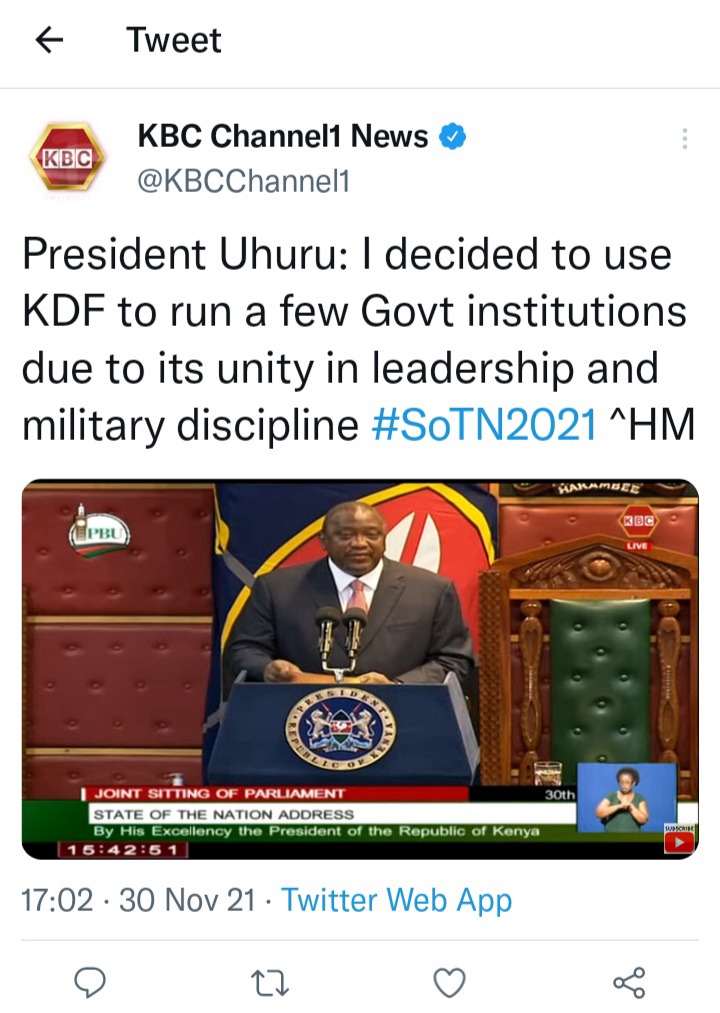 In addition, according to latest report from the president, it was reported that his appointments to KDF officials leadership was basically due to good leadership unity.

According to President Uhuru Kenyatta, KDF officials are more disciplined when it comes to handling government institutions. It was reported that there has been lot of complaints on why the government trust KDF this much.

In addition, it was reported that the act of the government trusting some of the officials from different departments may not be a good move and this may creat more tension within the country as a whole.

Ladies, 7 Ways To Make Your Ex Miss You Badly.

Resign If You're To Vie For Any Political Seat, Media Station Reportedly Issue A Warning Memo

3 Lesser-Known Tips for a Positive Relationship

5 Ways to Make Your Partner Your Best Friend