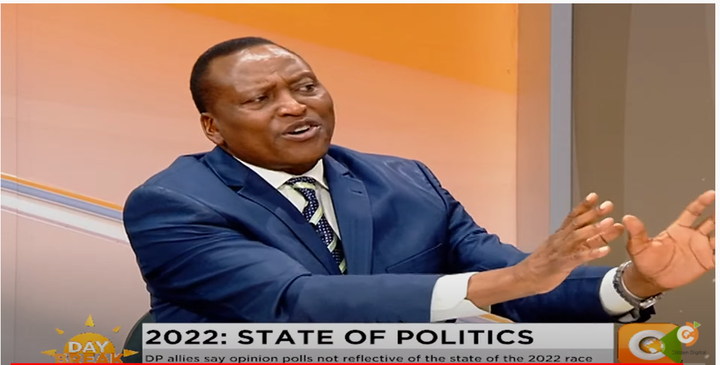 Daybreak morning interview show at Citizen Tv was nearly brought to a standstill on Monday morning after the host Sam Gituku was engaged in a heated exchange with Kitutu Chache South MP Richard Onyonka over Raila's alleged stolen victory in 2017.

The exchange started after Onyonka dismissed One Kenya Aspirations, saying they cannot claim that they want to be president because Raila Odinga cannot make one.

According to Onyonka, Raila lost the 2017 general elections 'Unfaily' hence the OKA team cannot purport that he is not fit to run for the same seat.

"We went to the last elections as a team and we were fighting for certain things we believed in, and we lost the elections unfairly. How do you then turn around and say the man that lost elections unfairly cannot be the president..." said Onyonka before he was cut short by Gituku. 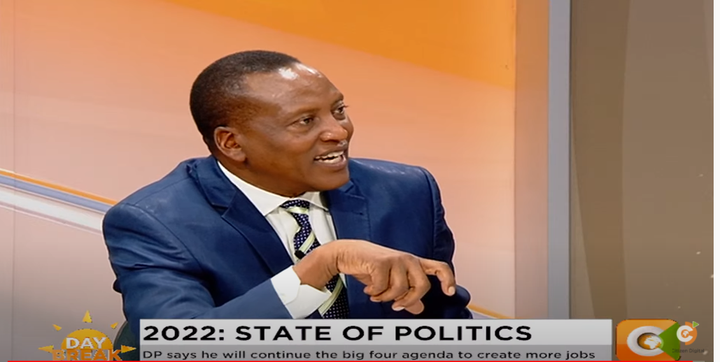 Gituku was forced to cut short Onyonka and asked him to expound on what he meant by saying unfairly. Gituku reminded Onyoka that Uhuru's victory was nullified and there was a repeat of the elections but the furious Onyonka thrived on maintaining that the election was not fair since the IEBC servers were not ordered opened.

There was a pull and push between the two for some minutes with each trying to justify their points.

"Sam wait I make my case, don't make it on my behalf. Were the elections free and fair? Did they open the servers?" posed Onyonka

"It is not good for you to say things which are not legally and factually correct. In 2013 the supreme court verified Uhuru's win, in 2017, the first election was nullified but the second one was conducted as instructed." said Gituku Gituku was forced to cut short Onyonka, as other panelists accuse Gituku of diverting from the main topic and dwelling on things that he cannot verify with facts.