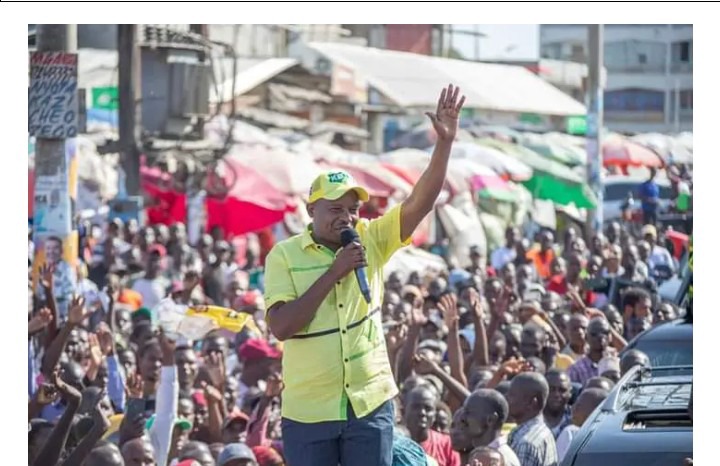 Kenya Kwanza Alliance is currently swaying their political efforts on the coast in order to keep William Ruto as the top presidential contender in the region.

Kithure Kindiki, a professional lawyer and close ally of William Ruto, has shared another piece of information on his official Facebook page account, accusing Uhuru Kenyatta of being responsible for Kenya's current economic situation.

"William Ruto elevated the position of Deputy President to a new level of prominence. He toiled away for five years to deputize an ungrateful boss whose insecurities had cost the country so much in the so-called handshake project. 75 days from now, change will arrive." Kindiki Kithure wrote.

However, this information has elicited a range of responses. 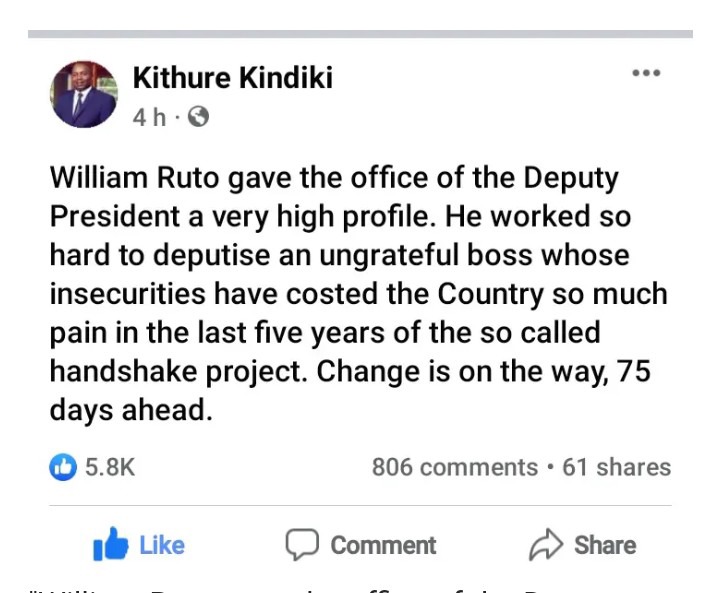 From one of Kithure Kindiki's follower in Facebook page he said, the guys who betrayed UHURU and left him to run the government alone, will shamelessly spend their campaign time trying to show how they are loyal.

From another one he said, william Ruto abuse the office of Deputy day and night; where he used to undermine the PresidentUhuruKenyatta, used to swindle Kenyans and used to grab anything that he came across.

On the other hand, In his presidential campaign, Francis Atwoli, the head of the Central Organization of Trade Unions, has dropped another bombshell, explaining what should happen to Amani National Congress Party leader Musalia Mysavadi and Ford Kenya Party leader Moses Masika Wetangula. 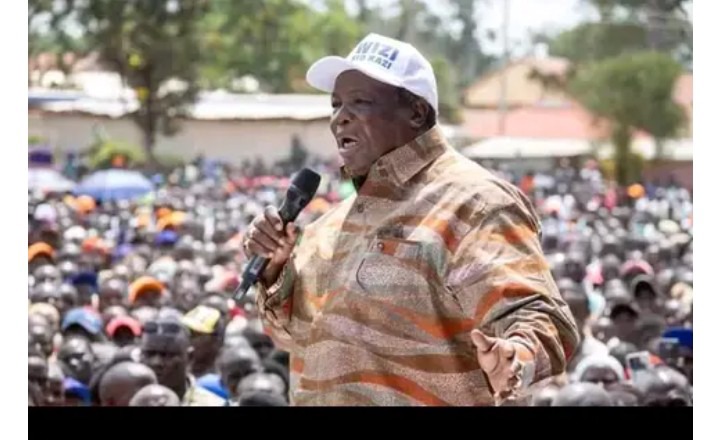 Mr. Atwoli says that DP Ruto is a dissatisfied leader who is unfit to serve as the Republic's fifth President.

Mr. Atwoli has expressed worry for the Western region's people, urging them to reject Mudavadi and Wetangula's attempt to unite them behind Deputy President William Ruto.

According to the head of the Central Organization of Trade Unions, Raila Odinga's victory is a foregone conclusion.

"Today, I joined Raila Odinga to remind the magnificent people of Western Kenya that we are overwhelmingly winning this election. 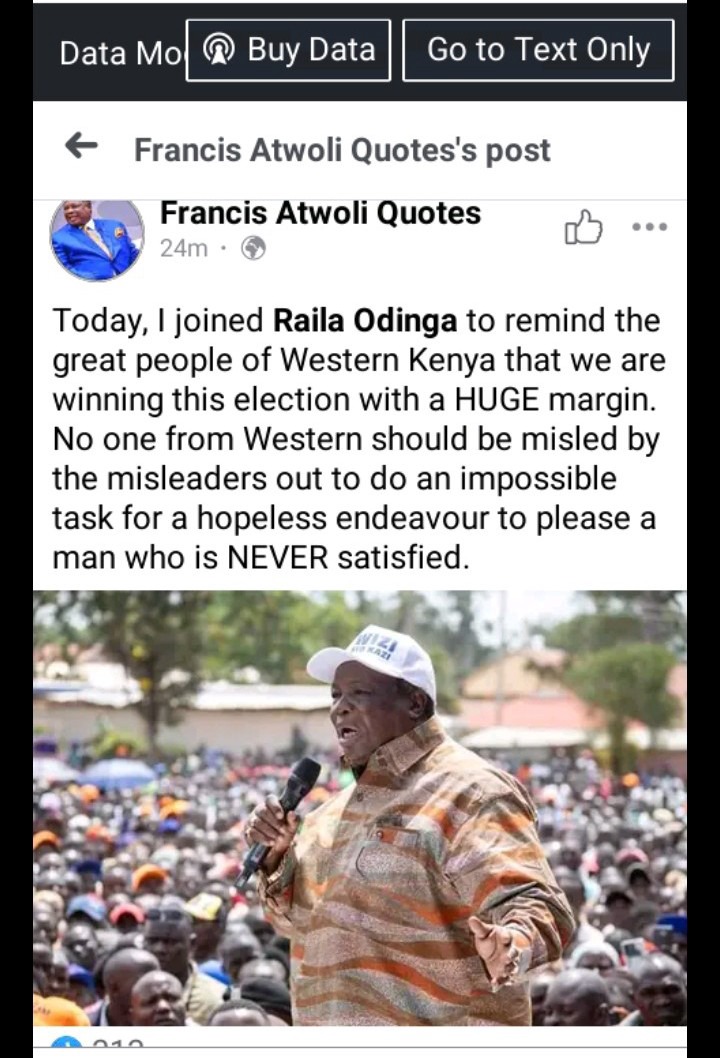 "No one from Western should be deceived by the misleaders out to undertake an impossible task for a fruitless quest to appease a guy who is never content," the statement continued