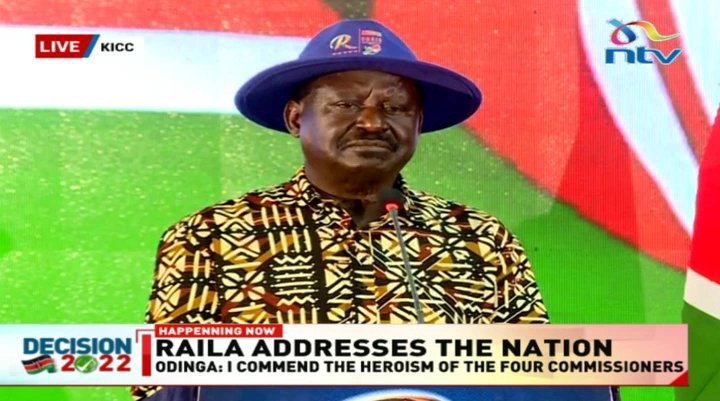 On August 15, 2022, the results of the presidential election were announced by the Chairman of the Independent Electoral and Boundaries Commission (IEBC), Wafula Chebukati. On Tuesday, Raila Odinga of Azimio La Umoja-One Kenya said that there is no President Elect in Kenya right now.

Kipchumba Murkonen, a senator from Elgeyo Marakwet, said that the Independent Electoral and Boundaries Commission Commissioners are all reading from the same script.

"Raila Odinga's statement and that of one of the four IEBC Commissioners who have been at odds with him for a while were made from the same cloth—Azimio." "Since the results were posted on a public website and everyone in Kenya and around the world added them up, the 4 commissioners and Azimio should share their numbers together or separately." Kipchumba Murkonen: 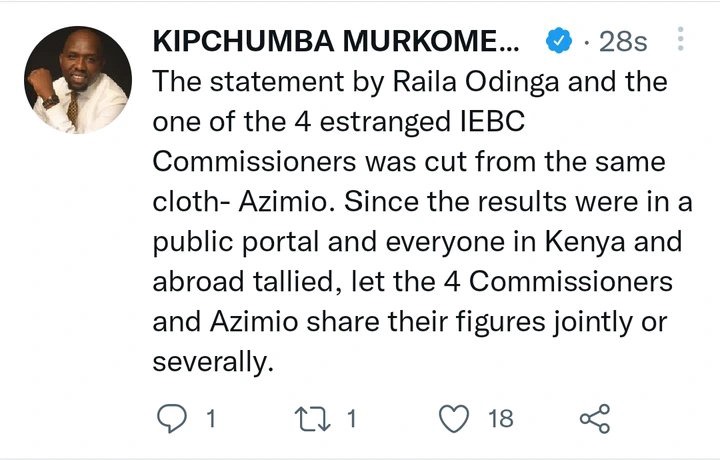 Raila Odinga has made note of the fact that, "Peace is important to us Kenyans and members of the Declaration." "We have a plan to make sure that poverty and tribalism are no longer a problem," said Mr. Odinga.

He says that Mr. Chebukati made a decision that goes against what many IEBC commissioners wanted. Juliana Cherera, who is the vice chair of the IEBC, and Francis Wanderi, Irene Masit, and Justus Nyang'aya, who are all commissioners, said Monday that they don't agree with the results that were announced at the Bomas of Kenya Hall in Nairobi.

In the same way, the four commissioners who met on Tuesday said that the results showed 100.1%, which is more than 100%. They have also said that 0.01 percent is almost 142,000 votes, since there were more than 14 million people who were eligible to vote. Taifa Leo's analysis, on the other hand, shows that 0.01 is not a large number of votes.