According to legend, the size of the audience determines a leader's political power. The problem of some political leaders transporting supporters, dubbed the "cheering squad," has been circulating on the internet. The presidential election campaign is still going strong, with leading candidates attending rallies every day. 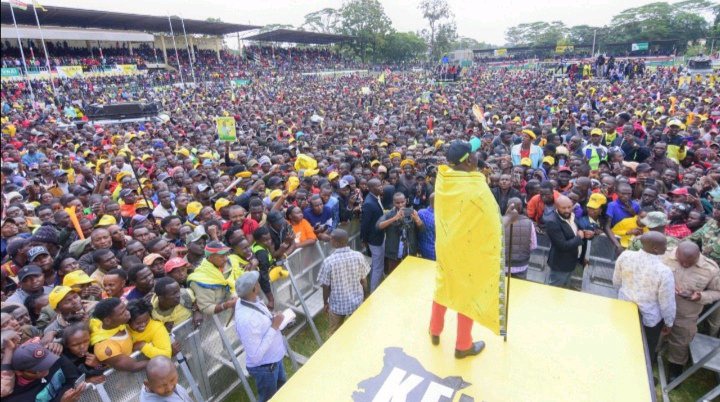 Deputy President William Samoei Ruto spoke at a rally in Narok County today, where he was greeted by a large throng. Many people were taken aback by this, including one of the most well-known Azimio allies, Donald B Kipkorir, who replied online.

Kipkorir claimed on Twitter that the audience at the event may not have been Narok residents. Otherwise, it means they were relocated from another area. He likened a prior Azimio La Umoja - One Kenya rally conducted on the same ground with DP's demonstration today, according to his query. 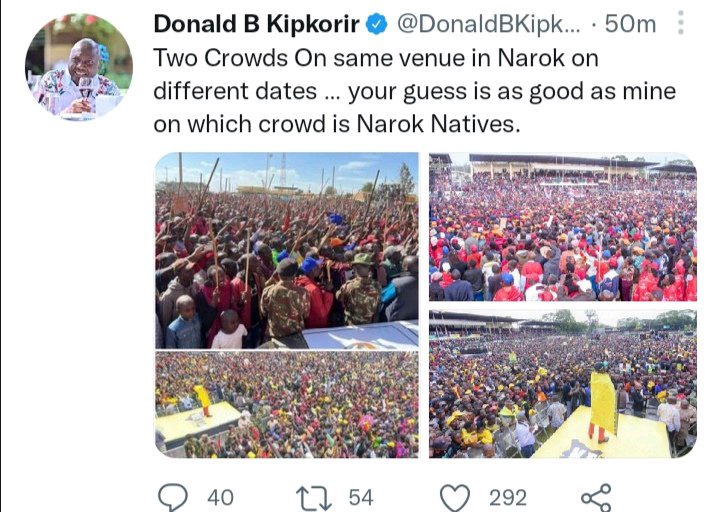 In comparison to the subsequent photo, the former photo shows a crowd waving Maasai sticks and a crimson "Shuka." 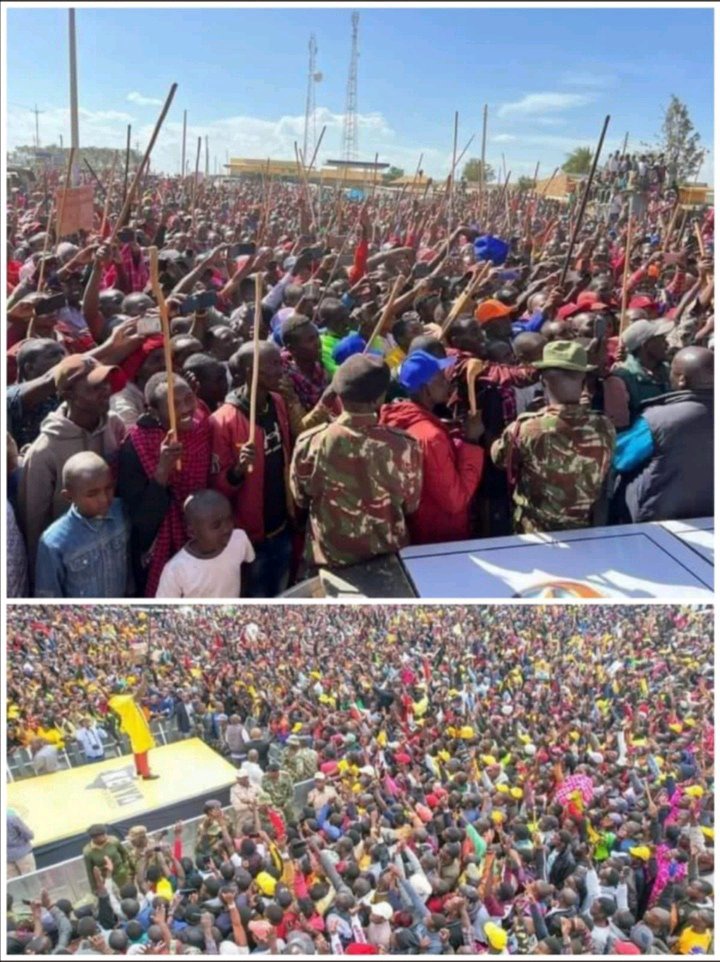 Many Netizens had conflicting feelings about the message. Here are a few of their responses. 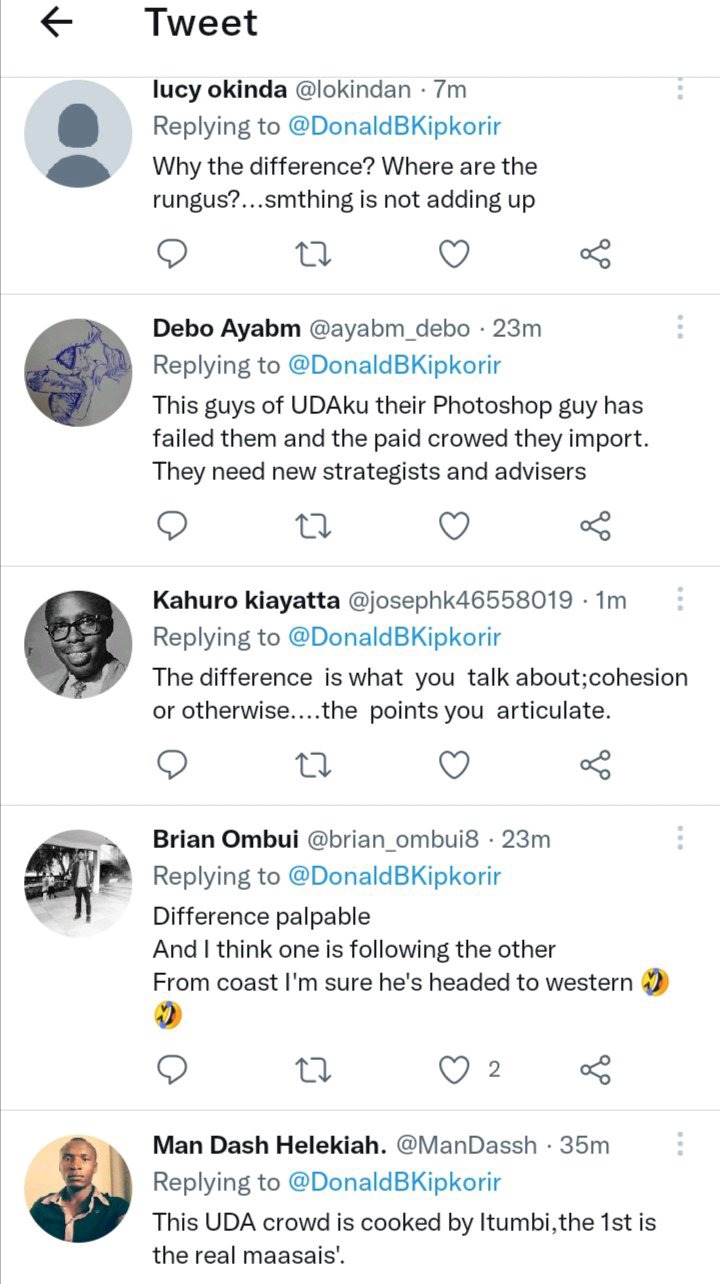