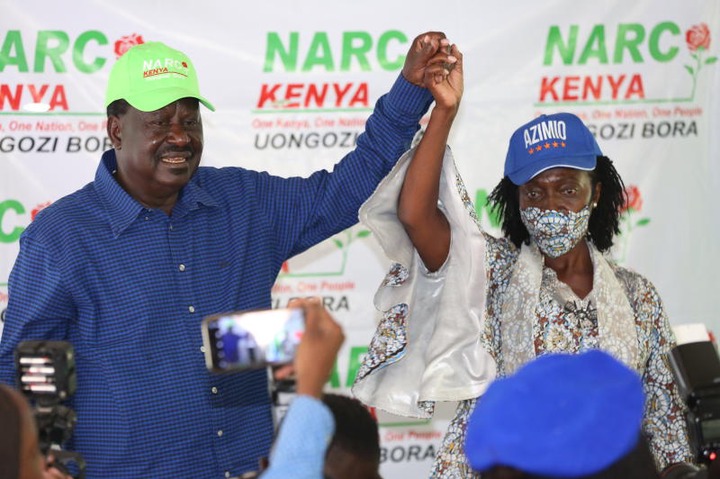 ODM leader Raila Odinga has made the mistake of his life by picking Narc Kenya leader Martha Karua as his running mate, he has been warned.

This is courtesy of Tharaka Nithi governor Muthomi Njuki, who has warned that Karua's nature makes her hard to work with and will only trouble Raila.

He says that the former Gichugu MP is known for being defiant, and Raila will soon find himself dealing with the same after believing she is best for the job.

Speaking in Nyeri on Tuesday, he predicted that trouble will begin in the Azimio La Umoja camp soon and a fallout might come as soon as before August 9.

Njuki said that it is actually possible that by the time the elections come, either Karua will have left Raila or their relationship will be bad. 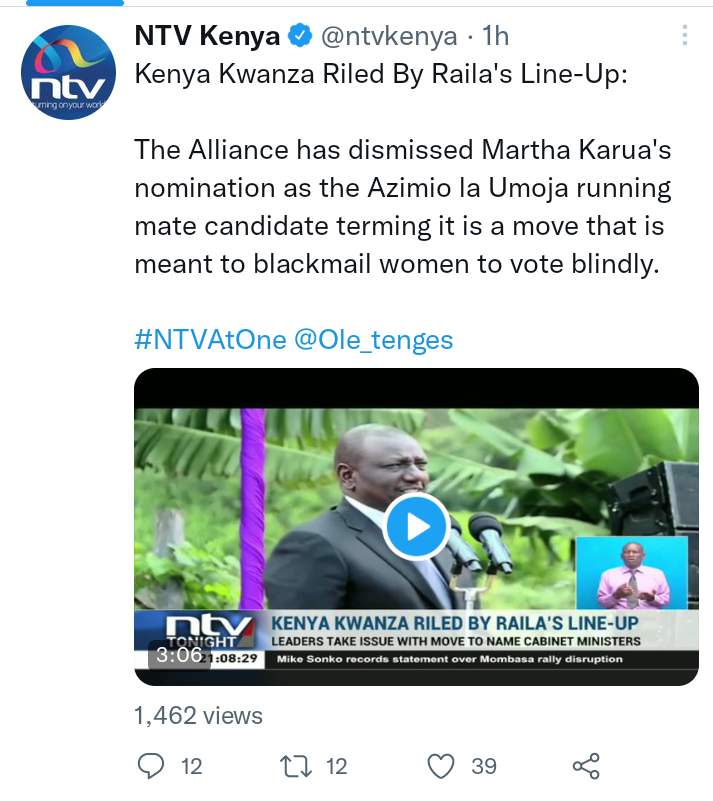 "Raila simply doesn't know who he has picked, but if she could walk out on (Mwai) Kibaki, then let Kenyans prepare for drama between now and 9th. There is no need to even pray for their fallout because it will naturally come," he said as is reported by NTV.

He was among the leaders who had accompanied DP William Ruto, Raila's main opponent, to the funeral of Mathira MP Rigathi Gachagua's brother James Reriani. Gachagua is also Ruto's running mate.

ANC leader Musalia Mudavadi took shots at Raila for naming some of the people who will serve in his cabinet if he wins, which he termed unconstitutional.

"We are seeing people being named ministers when they already are. Constitutionally, (as a presidential aspirant) you cannot name your ministers, you can only name your running mate," he said.