Matiang'i To Be Impeached? Ruto's Allies Gang Up With Raila's Team To Do The Following 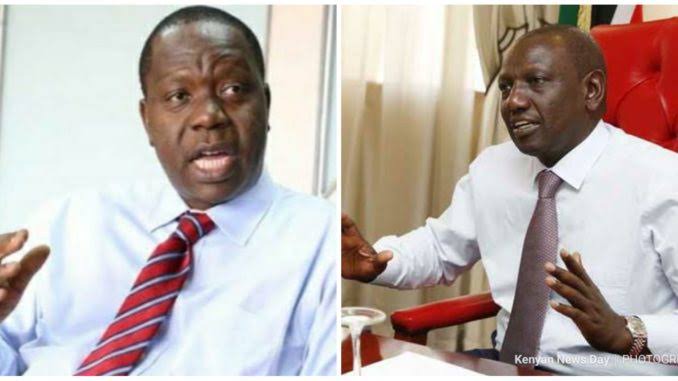 The excessive use of force by the government during the Bonchari by-elections has been widely condemned by ODM party and Deputy President Dr William Ruto's camp.

ODM wrote a letter to the IEBC boss Wafula Chebukati complaining on the heavy police presence in the area and intimidation from state agencies which, was unlawful and unconstitutional.

"What we have witnessed in the by-elections in Bonchari and Juja is an abuse of police powers and an arrogant display of IMPUNITY by a few overzealous and bellicose government functionaries," Raila Odinga remarked.

He said that they have approached senior leaders within ODM to get their support in the looming Impeachment.

Uhuru Kenyatta's government fierce critic Oscar Sudi said that they believe that ODM will support the move to impeach Matiang'i since they fell victims of police brutality in the Bonchari by-elections.

"ODM were celebrating when the police were unleashed on us. Now they, too, were subjected to police brutality in Bonchari. They understand that it is a problem we must address," Mr Sudi said on Wednesday.

Governor Alfred Mutua Launches an Attack on President Uhuru, Speaks on Working With Ruto in 2022

Newspaper Headlines Brief June 24: IEBC; We're Not Ready For 2022 Elections And Other Updates

Truly Tragic For Ahmednasir To Think Presidency Is Reserved For Kalenjin And Kikuyu's, Says Kipkorir