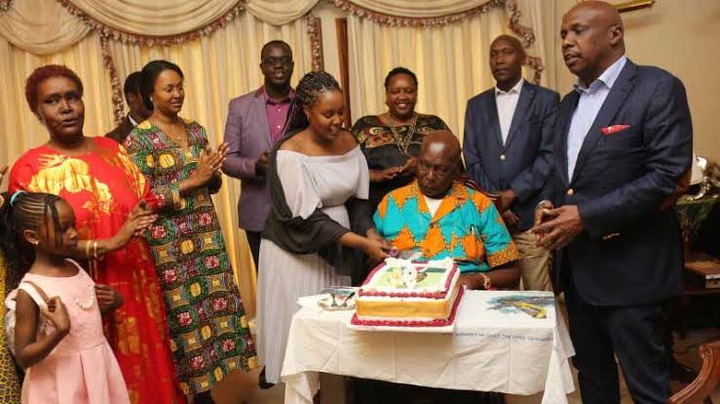 A file photo of the former president Daniel Moi with his family.

A grandson of the late former president Daniel Moi, has received a huge blow after his request to settle a case involving his children outside the court was rejected by the court.

This is after the court rejected Mr Collins Kibet Toroitich Moi's request for a case filed by Ms Gladys Jeruto Tagi, a mother of his two children, to be resolved through negotiations.

His lawyer, who appeared before Resident Magistrate Benjamin Limo, asked to be allowed to discuss with Ms. Tagi's lawyer to see if they could reach an agreement outside the court. 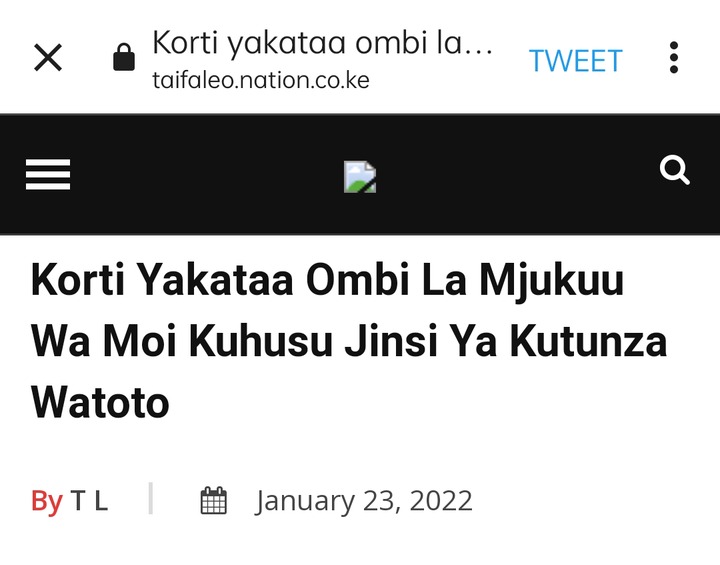 The lawyer told the court that Mr Kibet, who was confirmed to be the father of the children through DNA tests, was ready to discuss the out-of-court settlement with Ms Tagi on child upkeep.

"Since my client has a sense of responsibility, I am sure we can sit down with the complainant's lawyers and agree on suggestions on how he will contribute to the upbringing of the children," said Mr Kibet's lawyer.

However, his request was denied by Ms Tagi who accused Mr Kibet of being "a hypocrite and a slanderer".

Through her lawyer, Mr David Mong’eri, Ms Tagi claimed Mr Kibet's request was a conspiracy to delay the trial.

The court was told that despite confirming that he was the biological father of the children, Mr Kibet did not contact the children's mother or offer any assistance.