"Ruto's Hotel Should be Handed to Government, Especially to KCAA No Need to Demolish it" Mutai Says 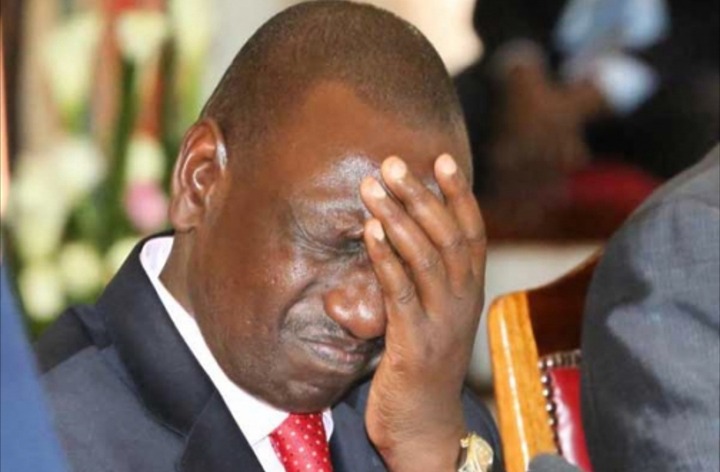 Blogger Abraham Mutai triggered a heated argument on social Media today morning after His sentiments that suggested that the government should go ahead and repossess the land that Deputy President Wlliam Ruto's Nairobi Weston Hotel is sitting on, rather than destroying anything in it.

In a message through Facebook, the blogger says that the Whole land belongs to Government, and any attempts to demolish the Hotel is completely archaic and the worst decision that any individual can even think Of, because it's a very expensive building that is valued at Billions of shillings.

According to His thinking, the Jubilee administration should instead give the land to the Kenya Civil Aviation Authority, since it was originally their land, so that they can start managing it like a State Cooperation that will benefit Kenyans and the Organization in general, by compensating on the money that they lost in between.

This comes after there was allegations that there was a plan to bring down the building which has stayed in the land for close to 8 Years now, and many believed the the Dp owned the property. Tangatanga politicians had taken to social media pictures of a lorry carrying an excavator like demolishing machines that was spotted outside the Hotel yesterday in the evening. 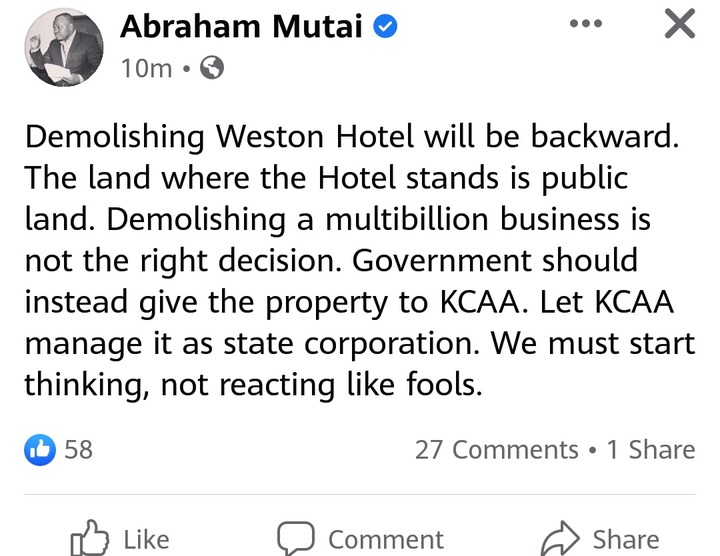 Following Mutai's way of thinking, Kenyans who rushed to His comments section agreed with Him, some even saying that the time to do so was long overdue, because the land has been having controversial issues and cases in and out of Court. However, Ruto's supporters completely refused the suggestions saying that the second in command acquired the land legally and those planning evil against Him should cease from playing such games.

This has also been linked to some inside wrangles in Jubilee, where Kieleweke Politicians may have decided to fight back the Dp since they belong to two different factions that believe in different ideologies, and compete separately in order to secure the top seat.

Below are a few reactions from Kenyans : 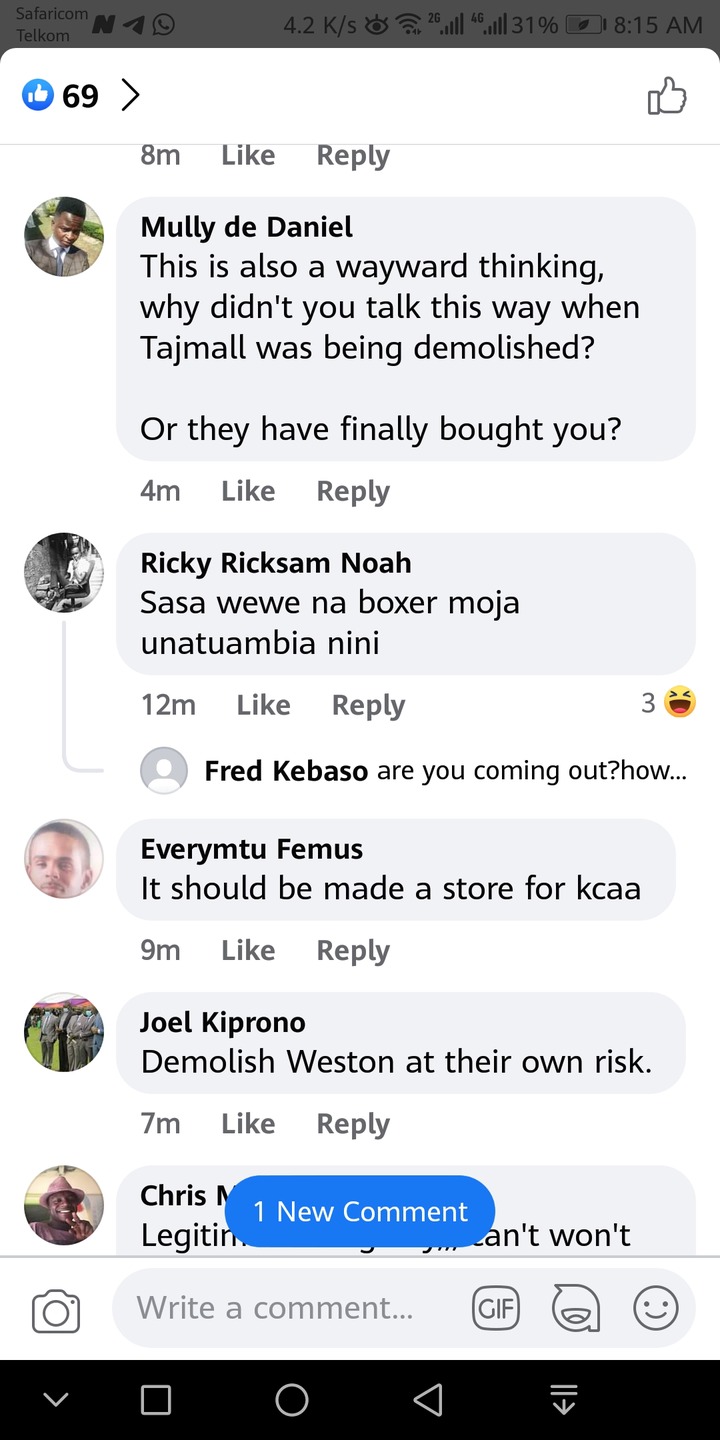 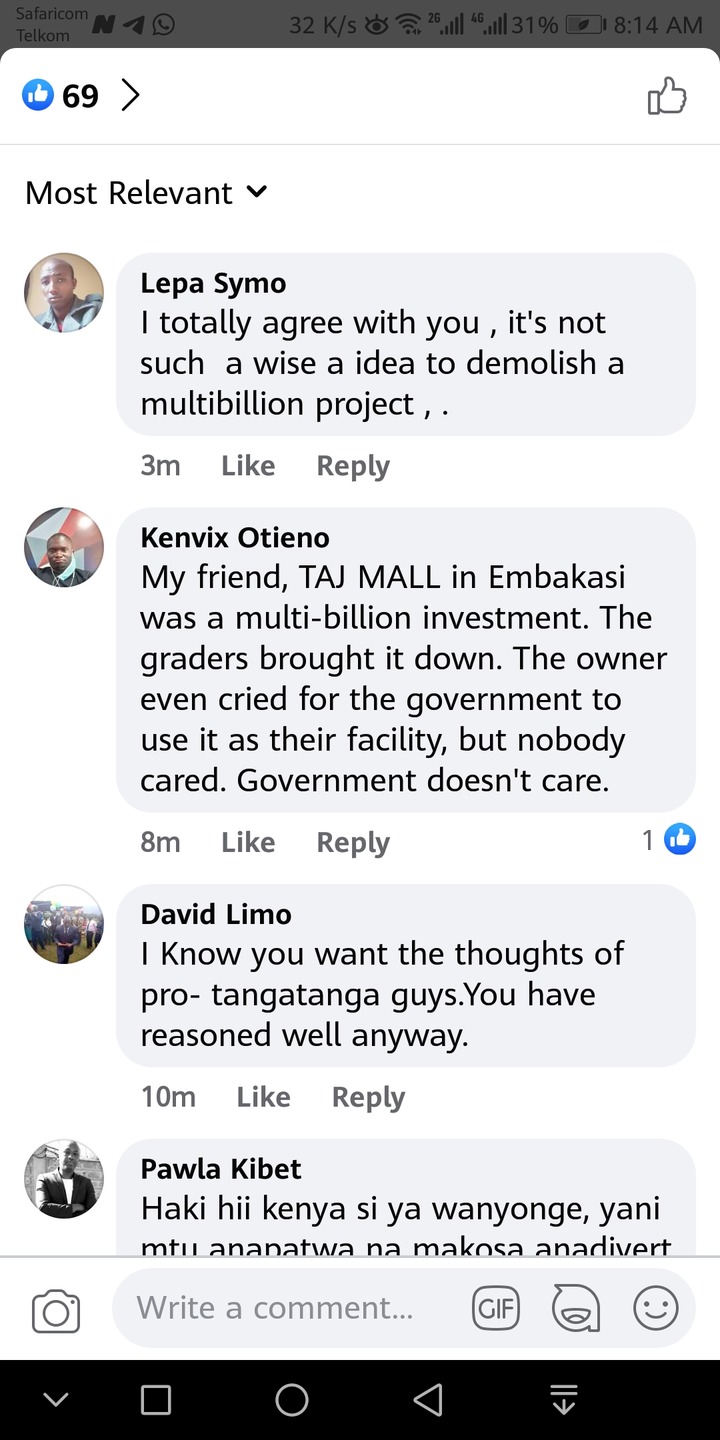 Boniface Mwangi Posts This About Lilian And Juliani

“Pesa Bila Tabia Ni Sumu, You Should Love Who You Want” Boniface Mwangi Talks About Toxicity In Love