Opinion: ODM Party in Jeopardy as it may Lose Grip in its Major Strongholds

By Logan's (self media writer) | 6 months ago 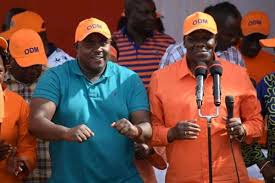 Ever since Kenya got into multiparty democracy, parties have had their own constitutions that every member abides by. And of course, we have seen parties rendering disciplinary actions to member who go astray.

Inasmuch, there is supposed to be democracy in the parties, there are also boundaries where members shouldn’t by-pass. Especially parties headed by leaders who control crowds, members serve there at their mercies.

In the last few months, we have witnessed mass ouster of members from big positions in the government only because of being disloyal to their respective parties. However, small parties because of lack of adequate number of members and because party leaders in those parties want to lobby more members to join, they do not have strict rules and regulation. An even though they do have them, they intend to overlook them and try to have leniency and tolerance in those parties.

In that case, which is why you realize only two parties successfully manage to oust rebels in the party. Like now, ODM and Jubilee parties have had several ousters, being the recent one that of Senator Cleophas Malala, the Senator of Kakamega County. Hon. Malala served as Deputy Minority leader in the senate for a period of two and half years. He got the appointment at the mercy of ODM party when he actually sidelined his sponsor party ANC and ANC party didn’t disown him for that period. 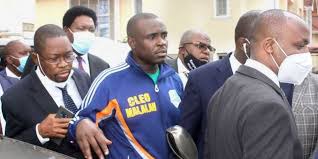 Consequently, when Malala vigorously campaigned for ANC candidate at Matungu constituency where ANC emerged victorious and at the same time, ODM party had filled a candidate the same position there and lost, they turned their blow to Malala. On Wednesday, 24th March, as result to disloyalty, Malala’s position was reclaimed by ODM party and replaced him with the Senator to Kilifi County, Stewart Madzayo.

Therefore, through tribulations NASA affiliates claim to be put by ODM leadership, Raila may lose grip in major places deemed to be his strongholds for a long period of time. For instance, regions like western, coastal and Eastern parts have vehemently accused ODM of betrayal and selfishness. and it's in those regions from which many members come who are affiliated to NASA have been ousted and their positions given to ODM members.