Fearless Gatundu South Member of Parliament Moses Kuria has today spilled the beans on what might have happened on the eve of Kiambaa massacre. Kuria who just returned from abroad from treatment following leg injury that he sustained a couple of months ago has continue to rally for his Chama cha Kazi party ahead of the big day, August 9th. 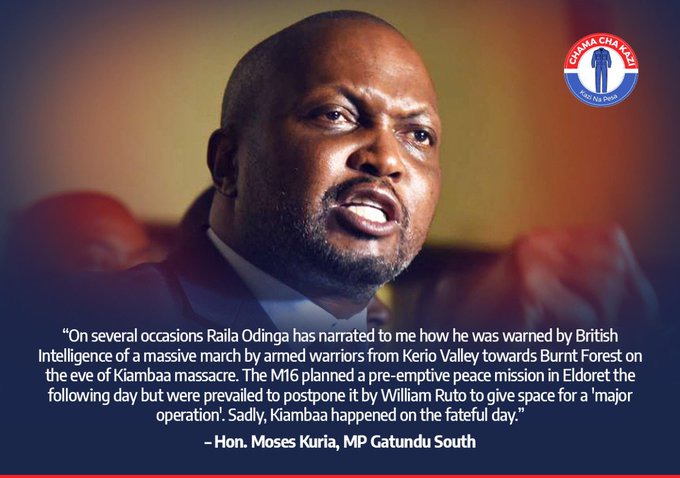 The outspoken Legislator has now narrated that Raila, acting on the intelligence from the British Intelligency of what was impending, put in place measures to prevent it but his plans were unsuccessful. Taking to his social media page, Kuria revealed that Hon Raila had planned apolitical rally to preach peace in Eldoret, Uasin Gishu County but one of his close allies at the time asked him to reschedule it. 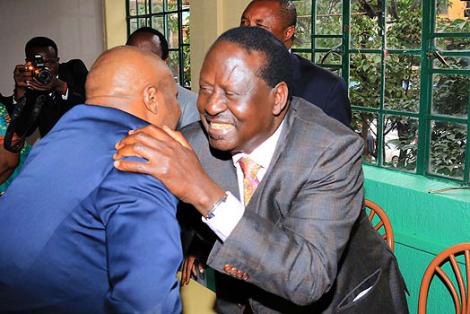 "On several occasions, Mr Raila Odinga has narrated to me how he was warned by British Intelligence and the BBC of a massive march by armed warriors from Kerio Valley towards Burnt Forest on the eve of Kiambaa massacre in 2007." posted Kuria. 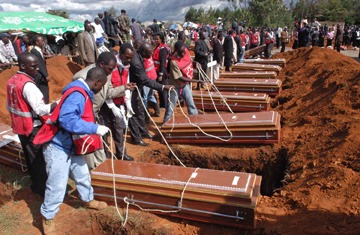 Kuria's sentiments comes at a time the nation is staring at yet again another highly contested elections which has started to experience animosity with the recent one being the Jacaranda ground chaos.

Ahmednasir Speaks Shortly After Raila Picked Karua as his Deputy, Send a Good Message to Waiguru

"I Warned Raila Against Martha, Kalonzo Breaks Silence As He Names Sunkuli As His Running Mate

Ruto Is Finished, Karua To Snatch Mt. Kenya Votes From Ruto And Gachagua