"The President Must Decide Whether To Be A Private Citizen Or President", NARC Kenya Leader Says

By KinotiNaftaly (self meida writer) | 1 months 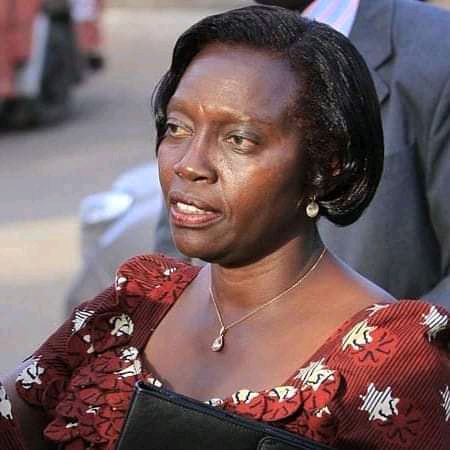 The National Rainbow Coalition (NARC-K) national chairperson Martha Karua has asked the president of Kenya Uhuru Muigai Kenyatta to decide on whether to be a private citizen like the rest of Kenyans or remain as the Head of State Kenyans elected him to be under the 2010 Constitution.

"A line has to be drawn. The president must decide to either be a private citizen or be the president in such an amendment process.", Martha Karua said this as posted on NARC Kenya's official Facebook page. 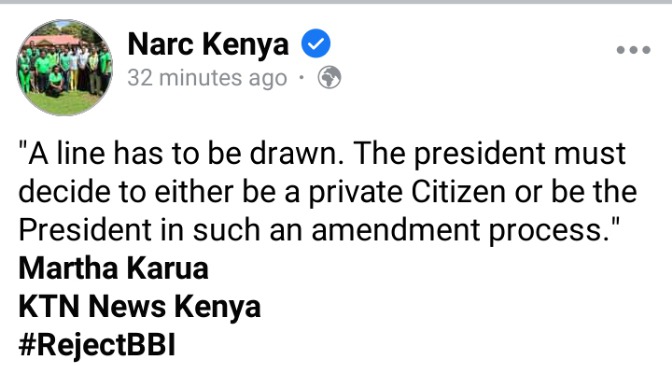 Martha Karua who is the national party leader of the National Rainbow Coalition NARC-K and also a member of the Linda Katiba group of constitution activist said this following the High Court ruling on the constitutionality of the process followed in furthering the proponents of the Building Bridges Initiative Referendum Bill by its proponents.

By saying that the president should decide on whether he is a private citizen or the president, Martha Karua meant that President Uhuru Kenyatta should disassociate himself from the ongoing tussle between the judiciary and the BBI Referendum Bill agenda.

Content created and supplied by: KinotiNaftaly (via Opera News )

Opinion: How Ruto Stand to Benefit if BBI is To Pass

KBC Revival: Mutula Kilonzo Advises the Goverment to Do This To Make KBC Retain Its Lost Glory

It's Not Only Floyd, Black Lives Matter, Call For Investigations After A Cop Did This To A Black Kid

Revealed: How Uhuru's Top Advisers, Friends Were Shown The Door At Raila's Bidding

Al-Shabaab Attacks Miraa Drivers, One Militant Run Over by The Vehicle