By Mwokozi (self media writer) | 5 months ago

The race to replace incumbent Nairobi county women representative Esther Passaris could see another twist as the azimio la umoja one Kenya alliance is expected to issue a joint ticket for the city candidates tomorrow.

The top three candidates are Millicent Omanga who is vying with UDA ticket and Wangui B Ng'ang'a and Esther Passaris who are all from the azimio la umoja one Kenya alliance although different parties. 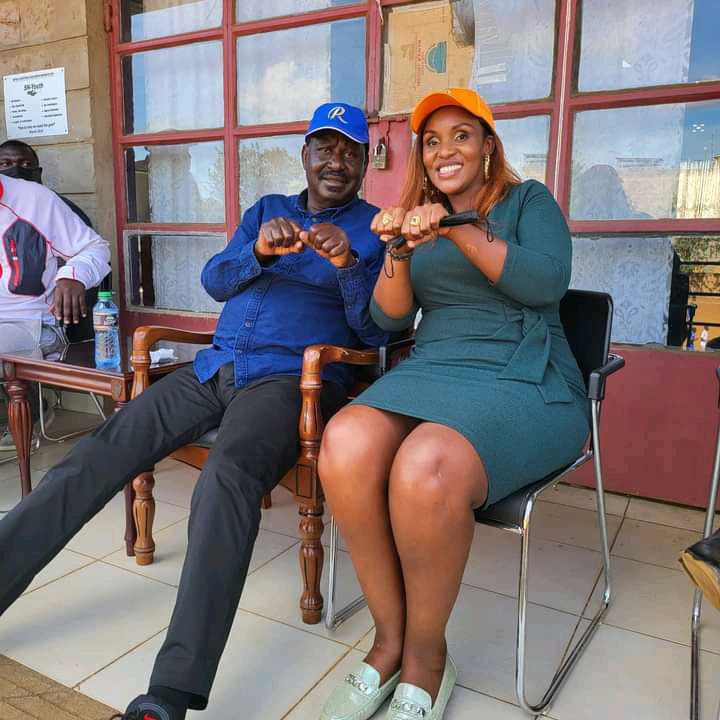 Coming from jubilee party, Wangui B Ng'ang'a has the upper hand to grab the ticket over her counterpart in ODM Esther Passaris.

This is because, unlike Passaris who waits for the azimio joint rallies, Wangui Ng'ang'a has been hitting the ground and promoting her party while also campaigning for her candidature. She has been attracting mammoth crowds in every place she visits. 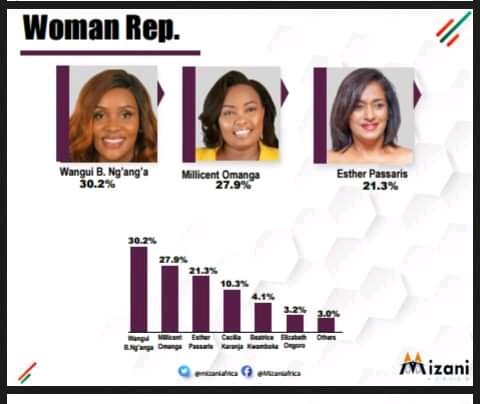 Secondly, the opinion polls conducted by Mizani Africa channel has been ranking her as the most popular candidate for the seat over the other two aspirants, which is also an added advantage to her.

And three, Wangui B Ng'ang'a unlike Passaris, has already been endorsed by Raila Odinga for the city's top seat. Whole unveiling the azimio women league last year, Raila described her as a strong and greatest woman he has ever met. He claimed that her nature of being the greatest asset in azimio is the one making her eligible for the top seat. 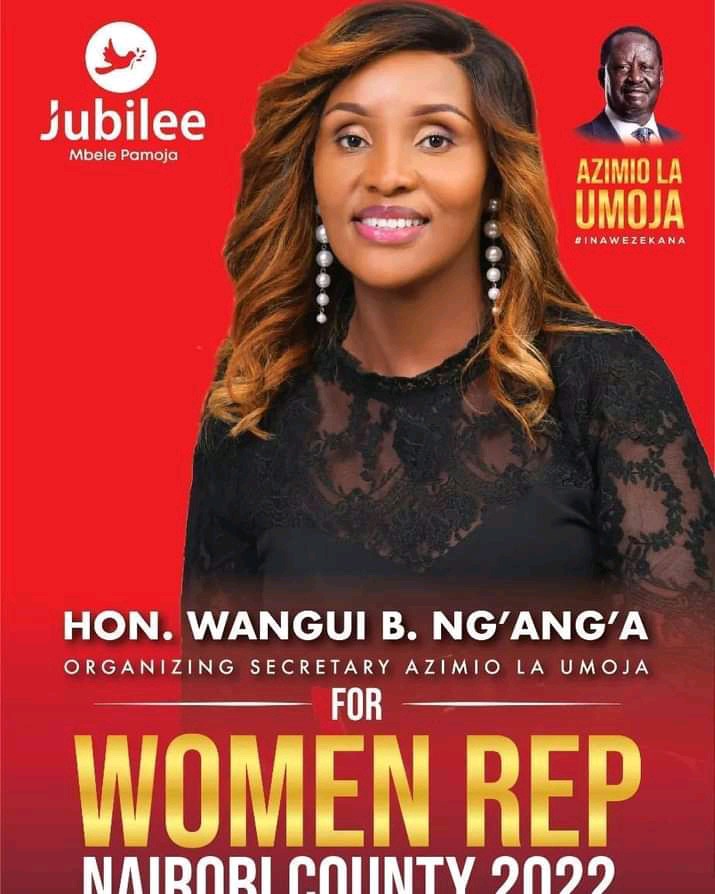 "This woman Wangui Ng’ang’a is a great asset and I’m happy to be in the same camp with her for our 2022 State House race. She deserves a top seat and I support her political ambitions,” said Raila.

According to Tim Wanyonyi, Azimio la umoja is expected to issue the joint ticket for the various seats in Nairobi county with both the jubilee and ODM parties having string aspirants. And the aspirants are waiting on the consensus.

Watch the video in the link below to determine how the supporters of azimio wants the joint ticket to be. 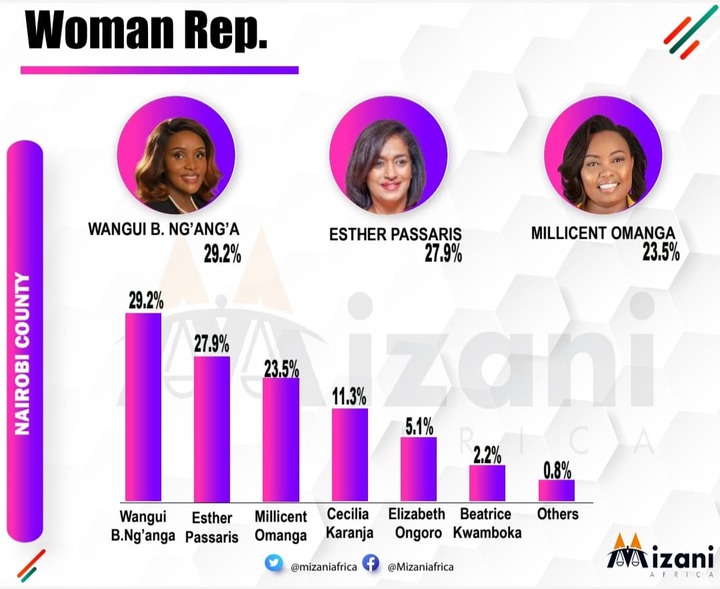