With the political heat increasing in the country, we expect that most social media platforms will be used to spread fake news and incitements. Facebook is among the big social media platforms that people use to spread news which are unverified concerning politicians and media houses. For instance, K24 TV has found themselves on the wrong side of Kenyans after some people believed that they had posted fake news. According to a post seen on the fake post, it say that the donkey which the Deputy President used during his tour at the coast had died. The post also added that it was not yet clear about the cause of the death of the donkey. Fortunately, K24 TV has come out to defend themselves terming the post as fake. 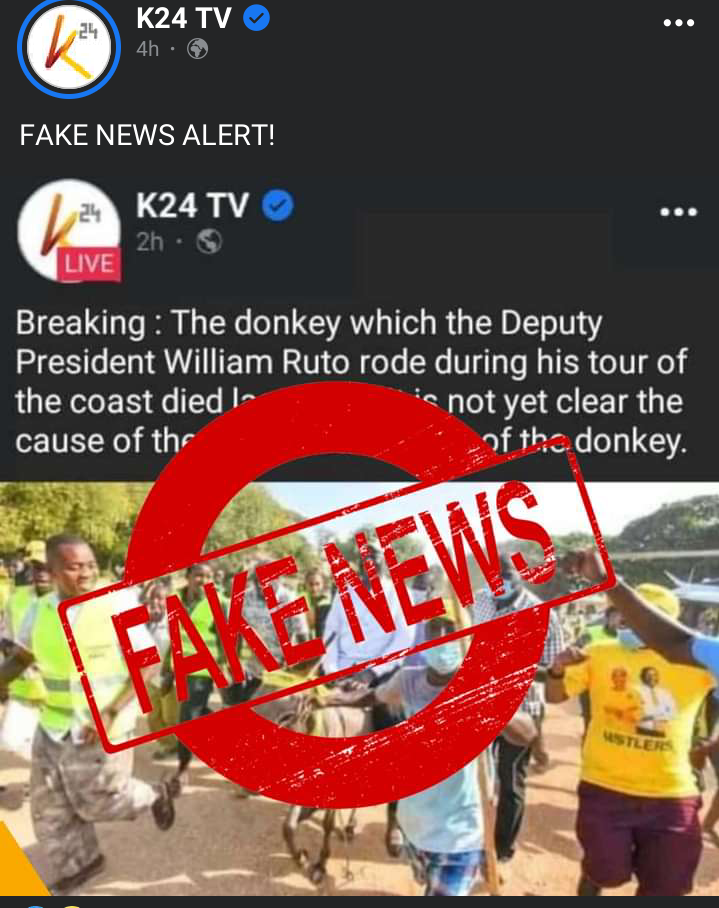 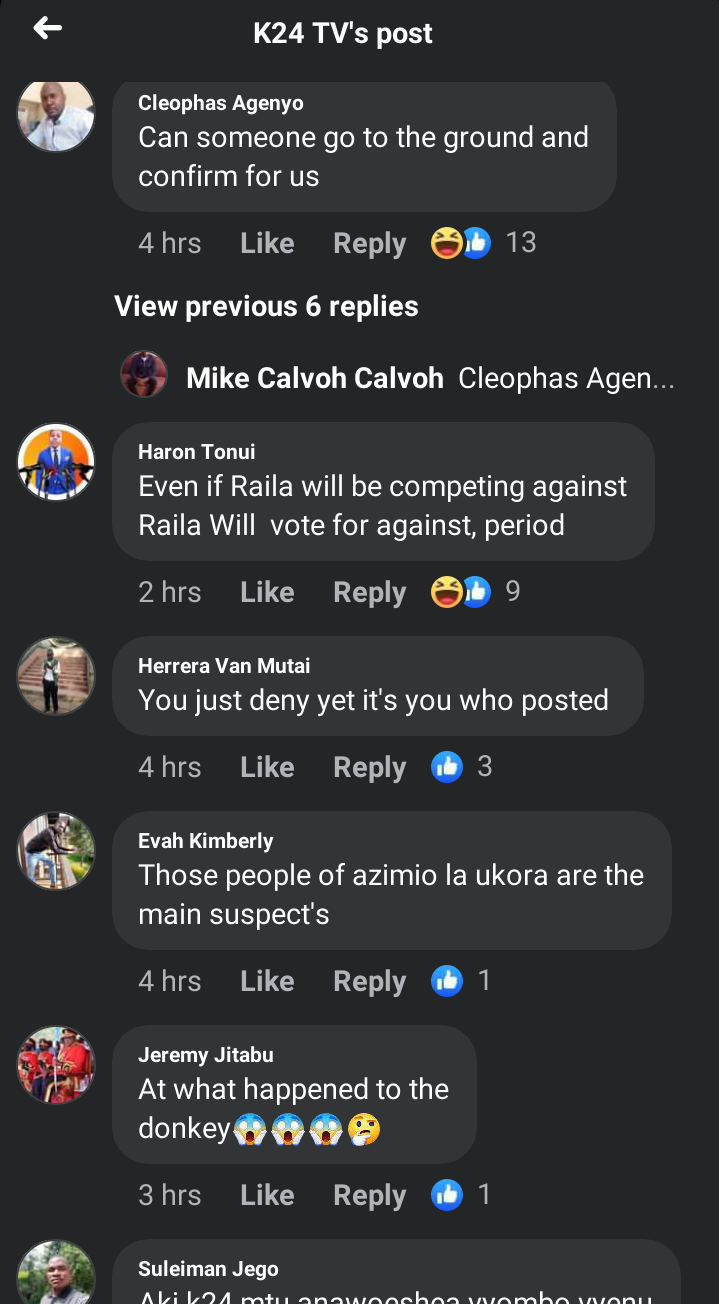 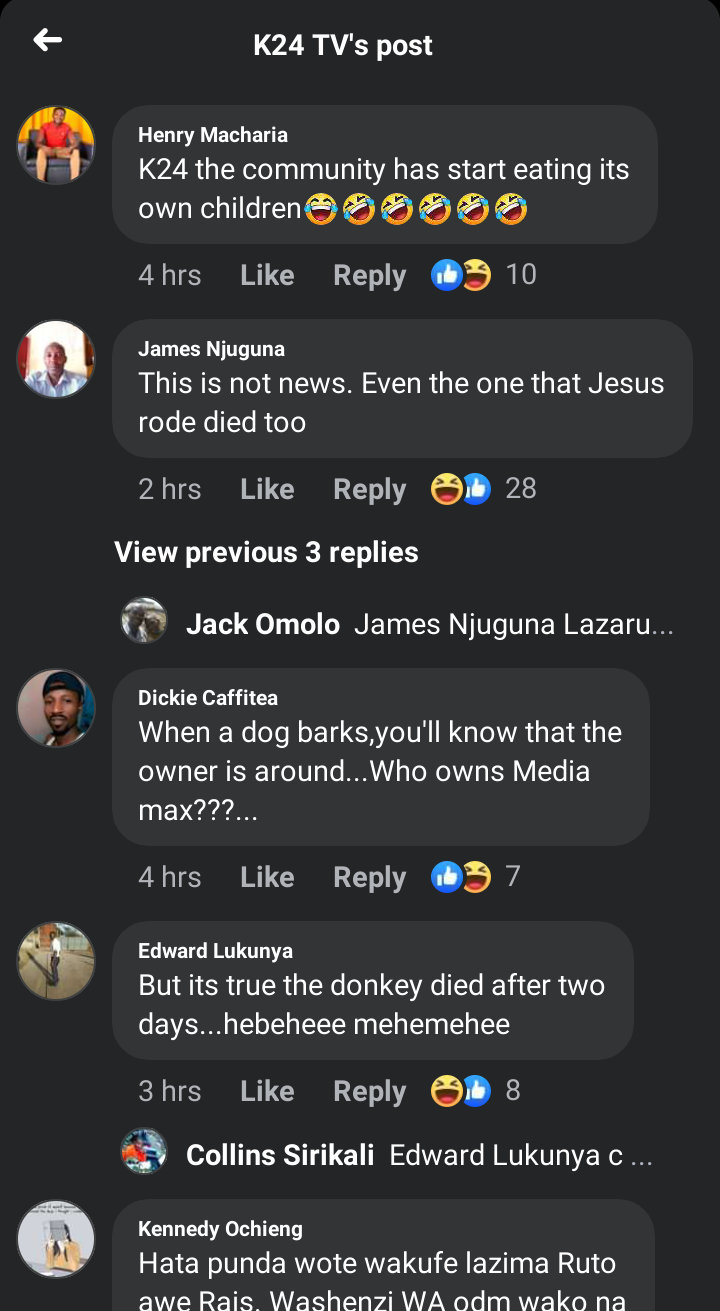 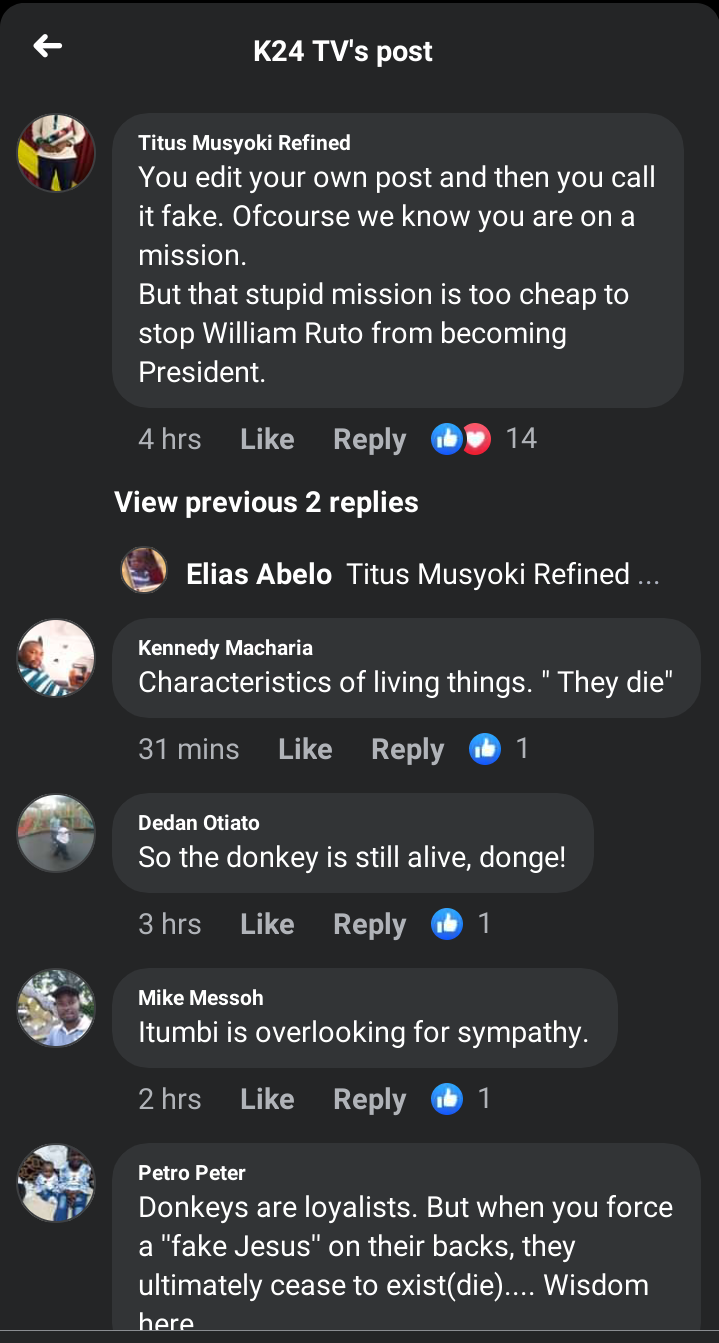 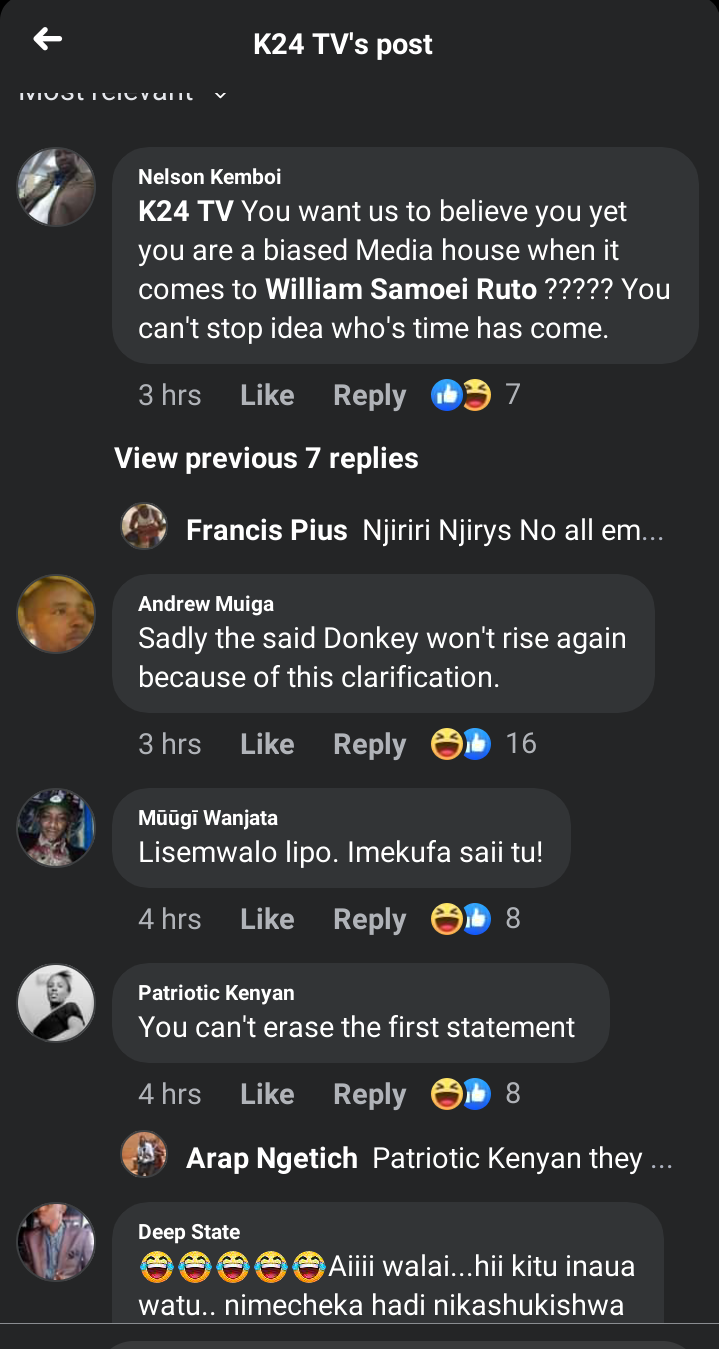