Raila Odinga Sends a Warning to Uhuru Kenyatta and His Men

By Jonaobonyo (self meida writer) | 29 days

Former Prime Minister and ODM party leader Raila Odinga has told Uhuru Kenyatta and his men to stop using police officers to intimidate Kenyans in the name of handshake after Juja and Bonchari by-election dramatic chaos. 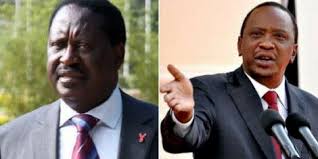 Raila Odinga has warned Jubilee government against using police officers to intimidate voters in the any by-election conducted as from now. This comes after voters were intimidated in the just concluded by-election in Bonchari and Juja. 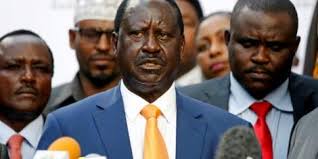 Raila Odinga who is also Orange Democratic Party leader, said that elections are a chance for voters to express themselves, not for politicians to pursue imaginary and short lived political interests.

"What we have witnessed in the by-election in Bonchari and Juja is an abuse of police powers and an arrogant display of impunity by a few overzealous and bellicose government functionaries" Raila Odinga tweeted. 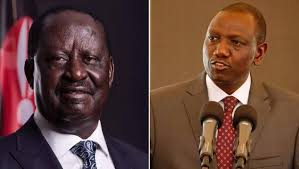 Raila also sent a warning to police officers saying that security forces exist to serve the people and not the interests of those out to conduct political experiments.

Will it Come to Pass? MP Moses Kuria Makes a Major Political Prophesy Ahead of 2022 Polls