Hussein Marjan, Chief Executive Officer (CEO) of the Independent Electoral and Boundaries Commission (IEBC), has denied allegations that the Commission's systems were hacked. 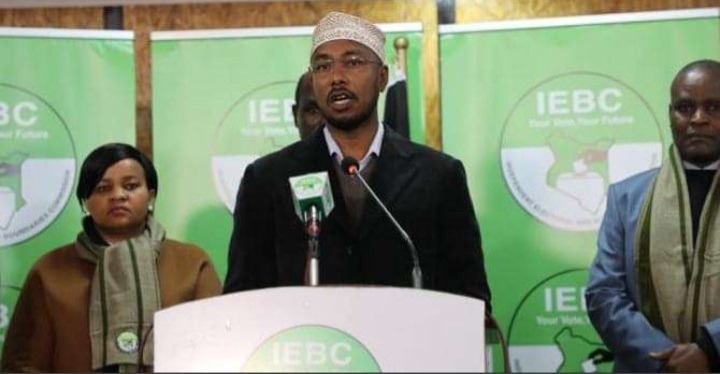 Speaking at the Bomas of Kenya on Friday, August 12, Marjan insisted that the IEBC systems are extremely secure and incapable of being hacked.

He stated that reports circulating that the systems had been infiltrated by people seeking to alter the transmission of election results were false and misleading.

Marjan stated that attempts had been made to compromise the IEBC systems, but the electoral body was one step ahead of the hackers.

There is misinformation circulating that the IEBC portal has been compromised; we assure the country that nothing of the sort has occurred," Marjan stated.

"We anticipated that people would attempt to hack our systems, so we put safeguards in place to ensure that our systems are secure." Our portal has not been down for a single second."

Following an earlier scuffle over a laptop owned by one of the political party's agents, the Commission announced additional measures to keep the floor of the tallying center at Bomas safe.

According to IEBC Commissioner Abdi Guliye, presidential agents will be allowed to use a laptop to download Forms 34A from the public portal, and each agent will have one laptop per desk. He also directed that the floor be restricted to IEBC officials, two-party agents, and returning officers. 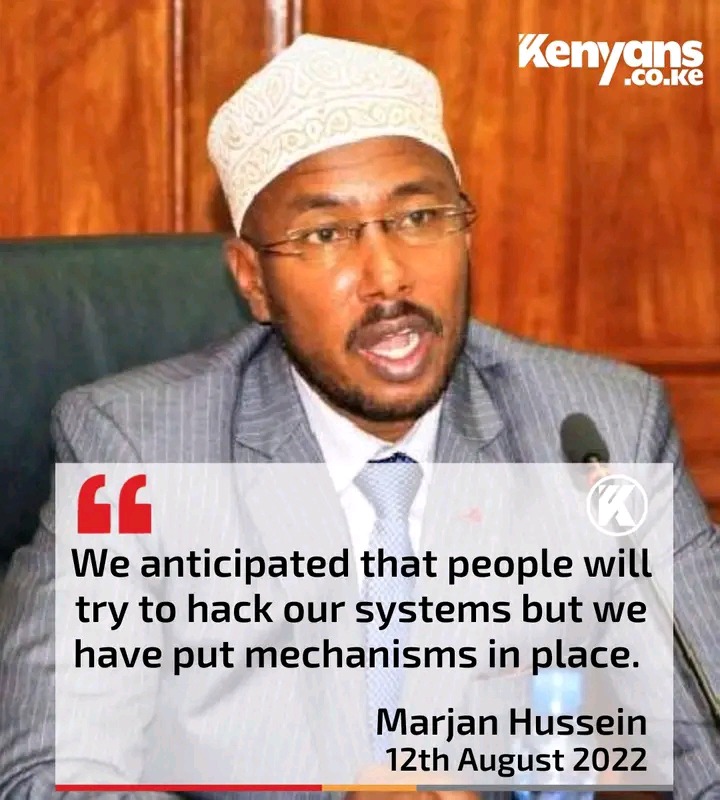 "We will not allow anyone, including presidential campaign agents, to sabotage our efforts to meet our 7-day deadline. If necessary, we will increase security on the auditorium floor "Guliye explained.

These orders were issued following a standoff at Kenya's Bomas on Friday, August 12, after Azimio agents raised an alarm about a laptop spotted at the NTC.

When the device raised suspicions, presidential agents from the United Democratic Alliance (UDA) party and Azimio clashed.According to Guliye, nothing suspicious was discovered on the laptop.

As IEBC officials led by Guliye retreated from the auditorium for an urgent meeting with the Chief Agents, journalists were asked to leave. 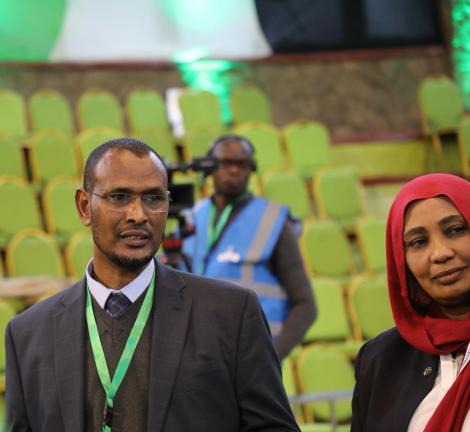 The IEBC commissioner also requested security to help control the situation and warned politicians that such behavior will not be tolerated.

He also told politicians who had gathered at the National Tallying Centre to leave if they didn't have anything to do at Bomas, blaming them for the scuffle.

Media Houses warned by Deputy President For Doing This

Rigathi Clarifies How He Was Misinterpreted Over His Remarks in Baringo