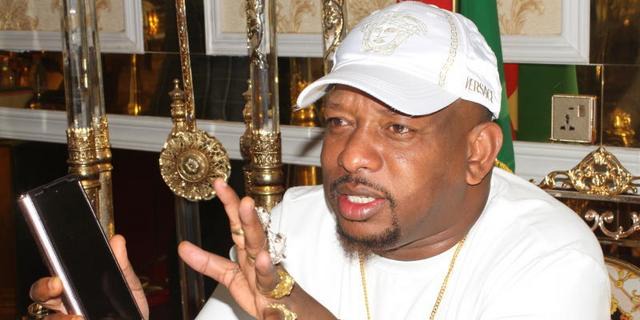 After a three-judge High Court panel granted temporary injunction preventing the electoral agency from publishing candidates for the office of governor of Mombasa in the Kenya Gazette, the former governor of Nairobi; Mike Sonko received a respite earlier today.

The Independent Electoral and Boundaries Commission (IEBC) was further restrained from printing ballots for candidates for the Governor's seat by an order issued by the bench of Justices Olga Sewe, Stephen Githinji and Ann Ong'injo.

Additionally, it prohibited the Wiper party from putting out any other nominees for the job of Governor of Mombasa County.

The orders were granted awaiting the hearing and judgment of Mr. Sonko's appeal and petition in which he seeks the annulment of a decision by IEBC's Dispute Resolution Committee and Mombasa County Returning Officer Swalha Ibrahim barring him from running for governor of Mombasa.

The Ethics and Anti-Corruption Commission (EACC) applied to be included in the proceedings as an interested party and the Justices Sewe, Githinji and Ong'injo approved that application as well.

EACC claimed through attorney Philip Kagucia that in order to participate as a fact-finder institution and offer its findings to the court for a determination of Mr. Sonko's eligibility, it required to be enjoined as an interested party.

Last Monday, the case file was sent to Chief Justice Martha Koome so she could appoint the bench to hear Mr. Sonko's petition.

Mr. Sonko also requests in his main appeal that the Wiper Democratic Movement party be prohibited from nominating anybody else for the office but him.

He claims that the Dispute Resolution Committee (DRC) despite the fact that it was acknowledged that he had appeared before the county returning officer within the allotted time violated the constitution by upholding Ms Ibrahim's ruling that his degree and its certified copy were issued out of time.