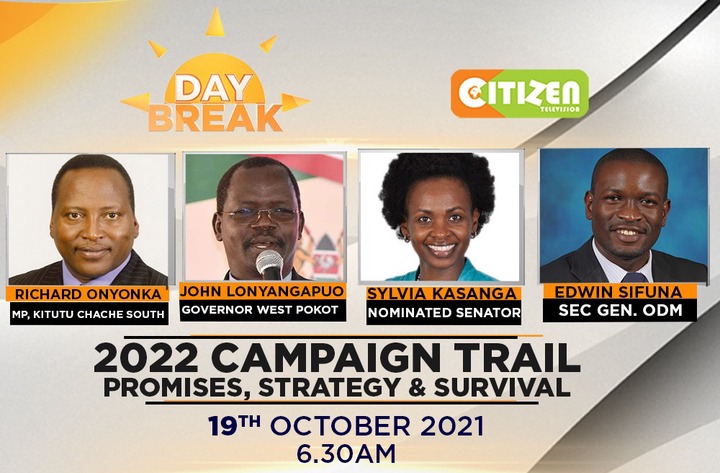 While speaking on the topic of 2022 campaign trail, promises, strategy and survival, the ODM secretary general homourable Edwin Sifuna commented on the crowd murmuring for president Uhuru Kenyatta as he blames DP Ruto over his statement.

The statement by the ODM secretary general almost caused the interview to stop after he refused to withdraw from the statement he made about the DP Ruto.

He added that the DP Ruto planned it to ensure his strategy and political survival gained momentum by blackmailing Uhuru over their 2013 fake promises.

In addition to that, the other interviewees agreed with the ODM secretary general as they added that the DP Ruto is to be blamed over failure of the Jubilee fake agenda in 2013 and 2017.

Among those who attended the interview include Richard Onyonka, Sylvia Kasanga and John Lonyangapuo.