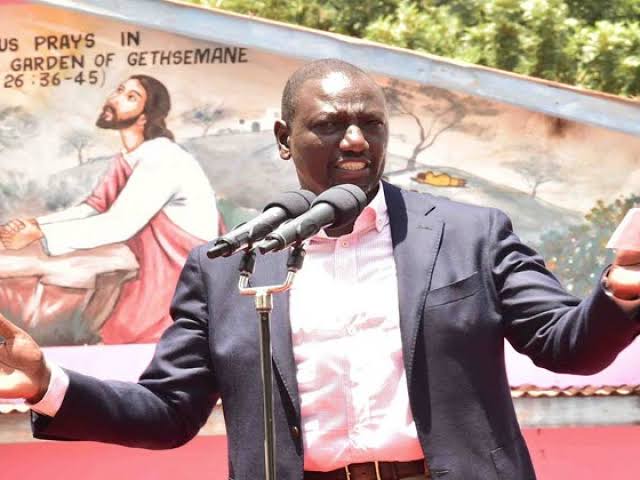 DP Ruto's UDA team is crying foul after their party agents for Rurii Ward,Nyandarua County,were allegedly arrested ahead of Tuesday's by-election. If true, this could be a huge blow to UDA and the Deputy President who's looking to stamp his authority in the larger Mt Kenya region. 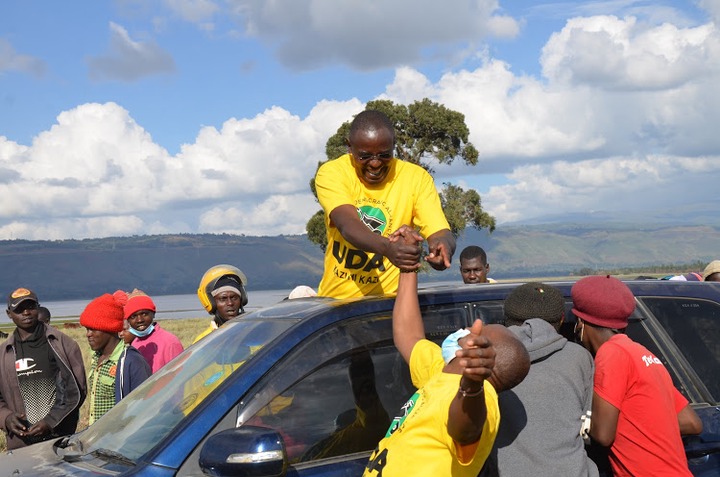 These allegations were made by Dennis Itumbi who's the spokesperson of the entire 'Hustler Nation'. In a late night tweet, Mr Itumbi revealed that mobilisers and agents of the United Democratic Alliance (UDA) were arrested on the eve of the Rurii Ward mini-poll. 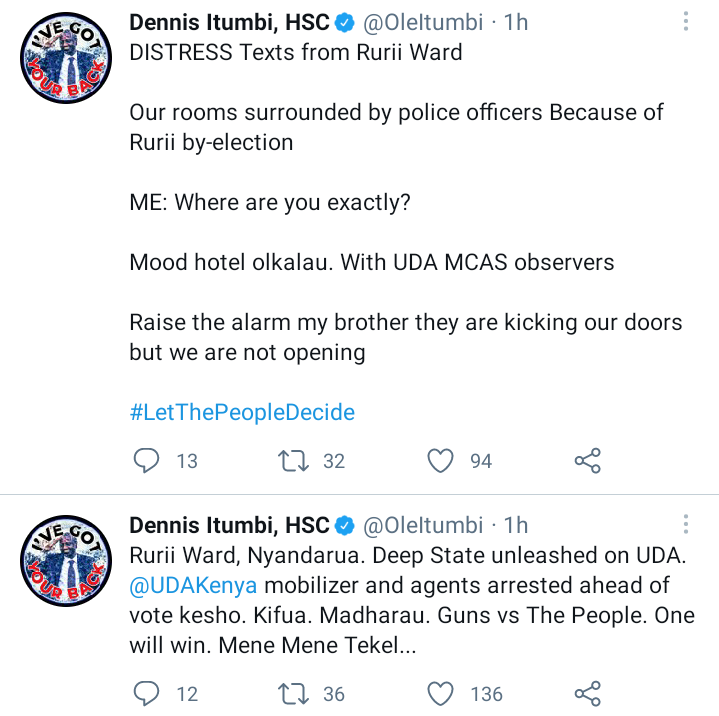 Itumbi also to have received distress texts from Rurii Ward citing harassment by police. Earlier, there had also been reports of intimation and arrests targeted at Tangatanga leaders in Bonchari,Kisii County.

UDA's Francis Muraya will battle it out with Jubilee's Peter Kanji in order to fill up the vacancy left by the former MCA Mburu Githinji who passed away in January this year.