Kigame Hints At Joining A Formidable Coalition In Kisumu

By Simon (self media writer) | 5 months ago 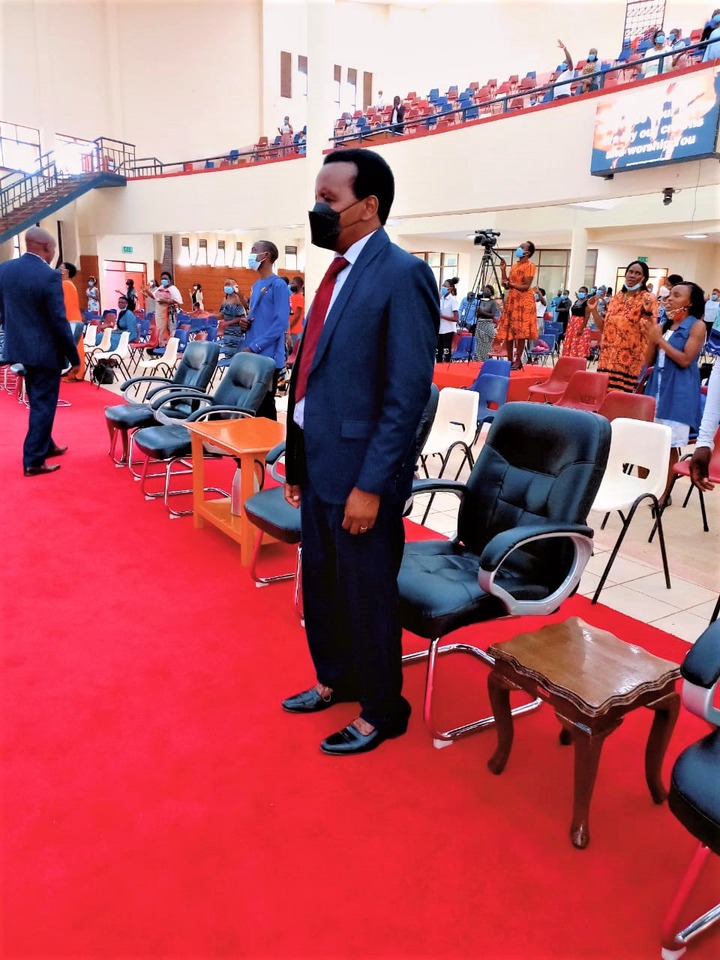 The popular gospel musician toured the lakeside city for the second time after visiting Kibos area and other parts of the city in January.

Kigame had a brief boardroom meeting with some CITAM church leaders before attending the Sunday service at the church, before heading to Nyalenda estate for a homecoming ceremony.

He said he is soon unveiling a coalition that he will run on and believes it is one that will carry the day come August 9th elections and that it will be an alliance that will stay beyond one political cycle.

“We are not lone rangers. We are shortly unveiling the Eagles National Alliance which brings together value-based leaders and parties. That is the one I’ll be running on,” declared Kigame.

The presidential hopeful cited Kisumu as an important place citing that it is the bridge to the rest of Africa lauding the facelift the city has had in recent times.

“I really thank God for what is going on in Kisumu now, there is a lot of order, and, a lot of development. We see a lot of infrastructure and roads coming up,” he noted. 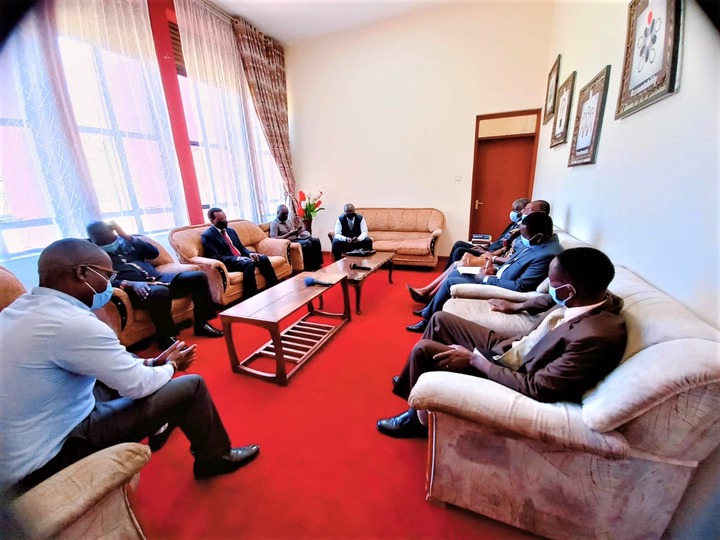 Gospel musician and presidential aspirant Reuben Kigame having a closed-door meeting with church leaders at Citam KISUMU on Sunday.

He however cited that the people were still left behind and their needs were not being met by the government of the day.

“I think what is left behind, is really the people. Out there when you get out of town, people are still hungry, struggling with health, struggling businesses among others” he said.

Kigame added that besides urbanization, the government should also get on the ground and meet the common mwananchi to help address their needs saying that he is passionate about change.

The renowned minister further stated that Lake Victoria was a very important economic hub and the water hyacinth menace is supposed to be dealt with accordingly to enable the residents around to benefit from the natural resource.

“I still feel that we are too busy building expressways and SGR and we are so busy campaigning around the country while simple things like hyacinth in Lake Victoria is not dealt with,” he stated.

Kigame expressed his dissatisfaction with the huge chunks of garbage in some parts of the city and countrywide despite the fact that there are monies allocated to cater to environmental conservation.

He also stated that investments were to be people-centered and said he is aiming to have a decentralized model of doing investments that are focused on the people.

“I challenge the county governor Prof. Anyang' Nyong’o, and the rest to focus more on the local people,” he added.

Kigame further pointed out the unavailability of proper healthcare even though there are many hospitals across the country. He cited that there was no access to affordable health care and, improper medical services due to insufficient equipment and personnel.

“There are a lot of buildings in the name of hospitals without services. We have people still sharing beds in hospitals,” Kigame stated.

Moreover, Kigame said that the government needs to up its game and invest in health by giving focus on the citizens who go for medication in the hospitals and not on the buildings.

Kigame who was raised in Kisumu challenged residents of the entire Nyanza region to benchmark and make wise decisions in the coming poll since there has not been massive investment and development in the region since Kenya acquired her self-rule.

“I really want to challenge people of Kisumu and the people that live in Nyanza, in general, to realize that for 59 years a lot has not changed. This is the time to go back to the drawing board,” he firmly declared.

On the other hand, Kigame urged the minorities not to feel intimidated but to come out and vie for elective positions in the forthcoming August poll since the society was waiting for the agents of change.

“I hope that as a person, I can do a bit more to deconstruct the way we do leadership in this country,” he said in the belief that he was best suited to clinch the presidential seat as an ambassador of change.

“My presidency is an example for hope in this country, inclusion and it is a bid to show people that not only a few families or people need to be in office,” he added.

He however dismissed joining any of the top political alliances adding that they were unities of convenience adding that Kenyans wanted people of character and those that are ready to lead the country in the right direction.

“I would like Kenyans to completely ignore all the political arrangements that are going on because they are arrangements of convenience that is why they are made and later broken. What we want is people of character, look out into those people who are going into leadership, not movements, not parties, not alliances, not coalitions because they are made and broken at will,” he declared.

He also said that none of the coalitions will form a government that Kenyans have been looking up to because they are comprised of people who have been in the political space and are the reason behind the country’s current situation.

Kigame clearly stated that he was interested in championing peace and power that is vested in the people.

“Most of all, I represent those who want peace, those who represent citizen power, those who can join me in saying together as citizens we deserve a better country,” he concluded.

Number Of Reported Forms 34A For Each County As At 6:43AM

Video: Raila Odinga's Clip Dancing And Having A Good Time With Other Leaders Sparks Mixed Reactions

Updated Provisional Presidential Results As At 06:19AM