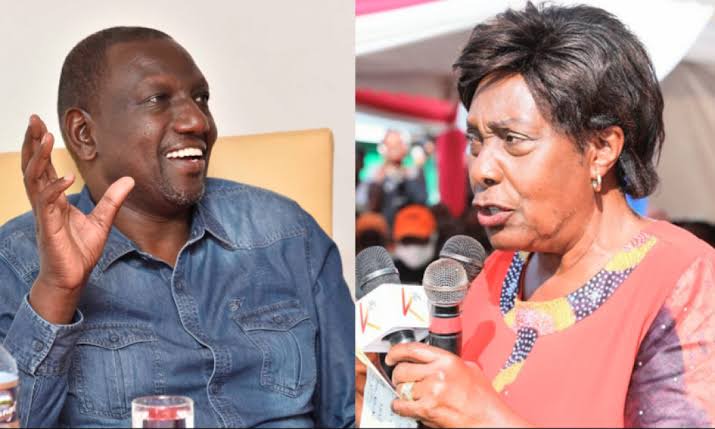 Kitui Governor Charity Ngilu has again picked another fight with Deputy President William Ruto over his 2017 controversial politician remarks. Ngilu has been one of the big critics of Ruto and his allies. In 2017 Ruto said that the Jubilee government had been working to stabilise the prices of essential commodities which had increased due to external factors. In 2022 Ruto made a controversial decision over the same issue.

During his campaign rallies Ruto told the Azimio camp that Kenyans are being burdened by the high cost of living because of failure to put in place interventions such as farm inputs subsidy that could allow farmers produce enough to eat and surplus for sale. Ruto has been attacking the government claiming that he is fighting for the common citizens forgetting that he is part of the government. He has been faulting Uhuru and Raila claiming that the handshake has destroyed the nation. 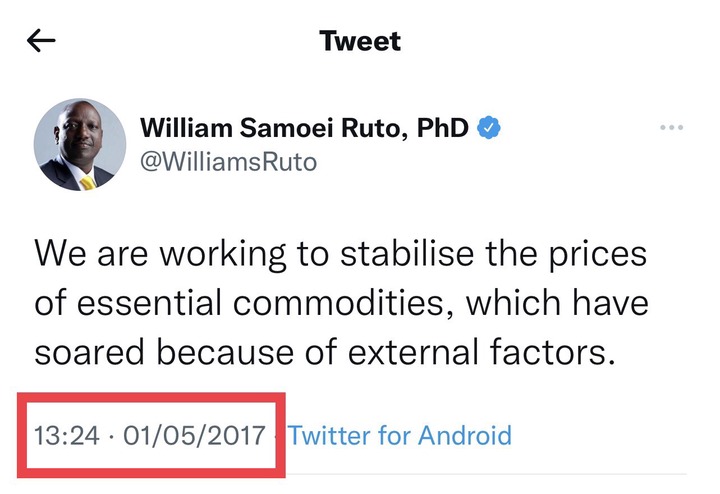 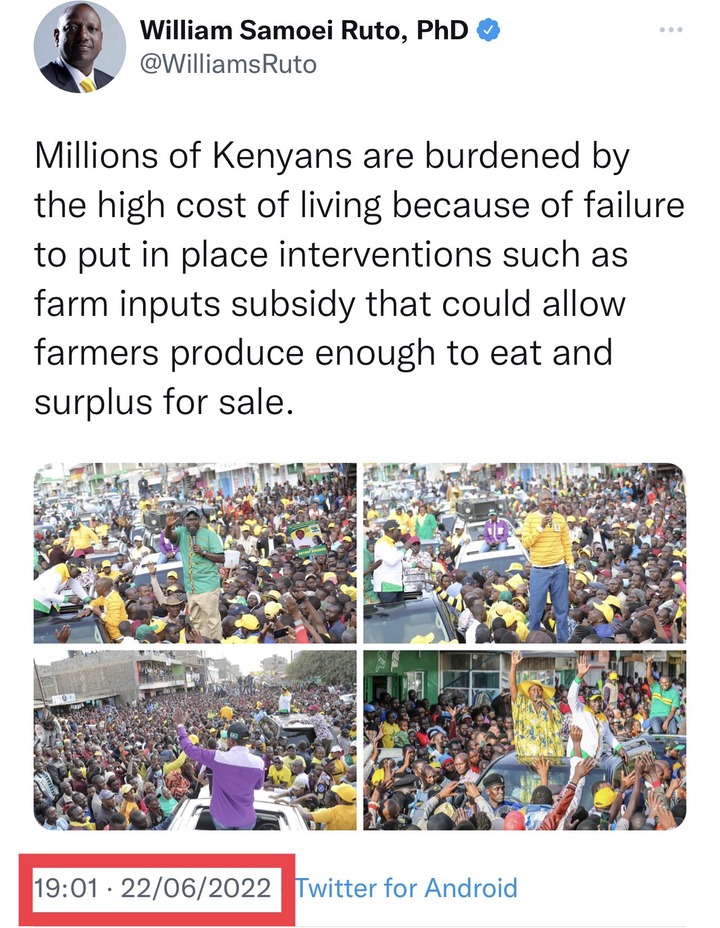 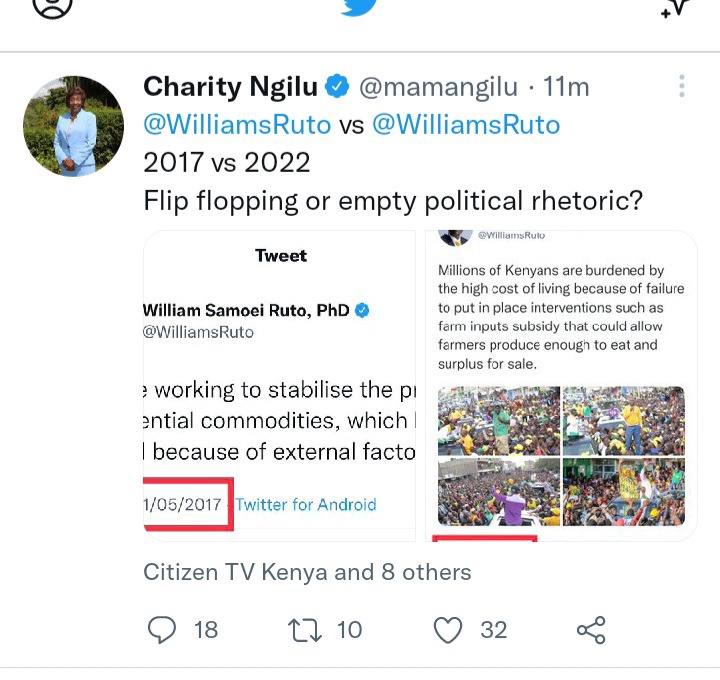