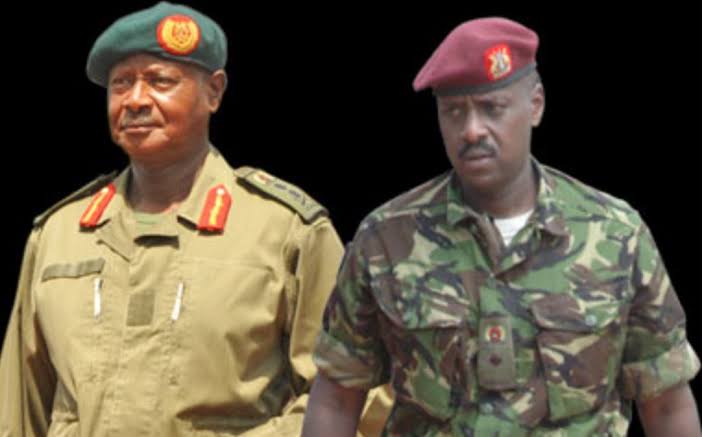 From Monday this week, many Kenyans in the country have been talking more about Uganda President Yoweri Museveni's son Muhoozi Kainerugaba than even about the high cost of living in the country and other things in the country like the reintroduction of GMOs.

That is because Muhoozi sparked a heated online spat after he threatened that he can take only two weeks to take over Nairobi, something caused heated reactions from Kenyans and ended by an apology from his father President Yoweri Museveni.

While that has been the case, today Kenyans were left talking after Ndegwa Wahome publicly alleged General Muhoozi Kainerugaba's future intentions after he takes over power from his father President Yoweri Museveni.

As he was speaking to TV47 Kenya, Ndegwa Wahome claimed that the newly promoted General wanted the whole of East Africa to know his intentions after he become the next leader of Uganda. 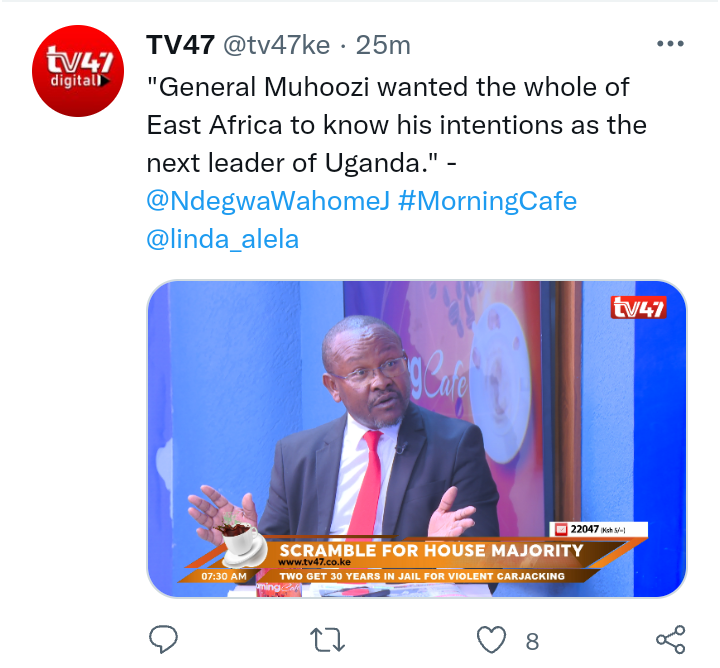 He said that basing on the fact that Muhoozi hinted that East Africa should be one country represented by one President who according to Muhoozi, it should be his father President Yoweri Museveni.