Sombre Mood In The National Assembly As MPs Eulogize Their Late Colleague.

By NewsRushKe (self meida writer) | 11 days

Their was a sombre mood in the Parliament on Wednesday morning when the members of parliament were given an opportunity to eulogize the late Hon. Paul Koinange who represented Kiambaa constituency. 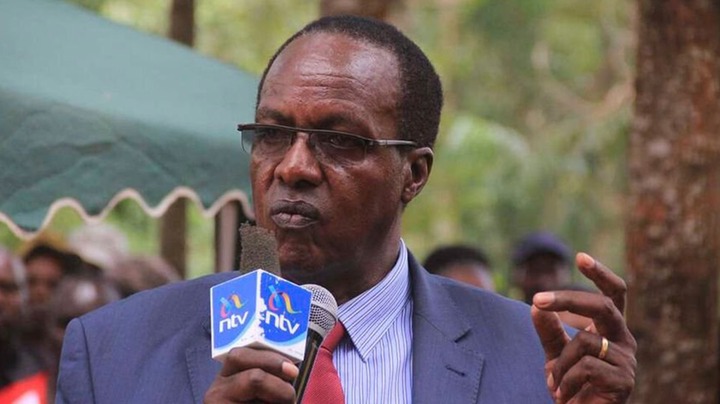 Koinange died on 31st March 2021 at a Nairobi hospital while receiving treatment. He had been sick for sometimes however, non expected the member of Parliament would pass away.

Quite apart from his celebrated role as chairman of the parliamentary committee on administration and national security, the late Paul Koinange was many things to many people. Majority Whip in the Parliament Hon. Emanuel Wagwe eulogized the late MP as a resourceful leader who really helped him in discharging his duty in the Parliament.

"Hon Koinange was a very resourceful leader who helped me so much in discharging my duties as a whip in this house." Wagwe stated. Video: https://twitter.com/NAssemblyKE/status/1387316730087813120?s=09

On his part, the Kilifi North constituency member of parliament Hon. Baya urged his colleagues to emulate the late Koinange, he stated that the late perfectly served his constituents and every leader should follow on his foot steps. Video: https://twitter.com/NAssemblyKE/status/1387320020896788484?s=09

Imenti South MP Hon Kathuri Murungi euologized the late Hon Paul Koinange as a servant leader who served his people with a lot of zeal. https://twitter.com/NAssemblyKE/status/1387315296940220416?s=09

Jeridah Andayi Takes Pride In Being A Mother, Meet Her Lovely Kids

Mr Seed Talks For The First Time After Cheating Scandal

"Pain to Know That I Can't Run to You,"Samidoh Emotional Message in Celebrating Mother's Day