Yesterday's Nairobi Governor Debate was intense even as both Candidates, Polycarp Igathe and Johnson Sakaja engaged in an intense conversation on what they would do to the residents of Nairobi. Kenyans were glued throughout their Televisions as they watched the interesting debate which saw Sakaja and KTN's Zubeida Koome involved in an altercation. 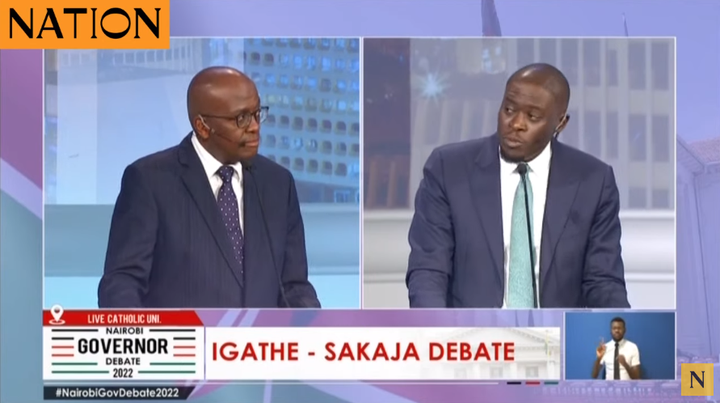 During the debate, Polycarp Igathe touched on the integrity of Johnson Sakaja involving his Degree Certificate. In his own words, Igathe called out Sakaja wanting to know whether or not his name was actually Sakaja. The moderator, Zubeida in turn posed the question to Johnson Sakaja who angrily refused to answer. 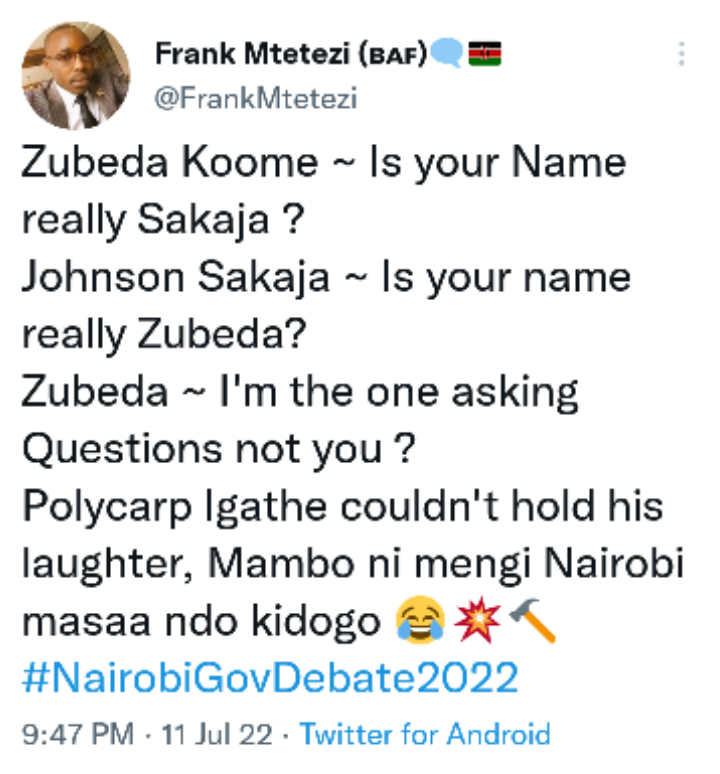 Majority of Kenya Kwanza Alliance supporters have criticized Zubeida Koome for her hard stance towards Sakaja during yesterday's Nairobi Gubernatorial debate. Citizen TV's Mashirima Kapombe has come to the defence of Zubeida Koome for only trying to do her job. 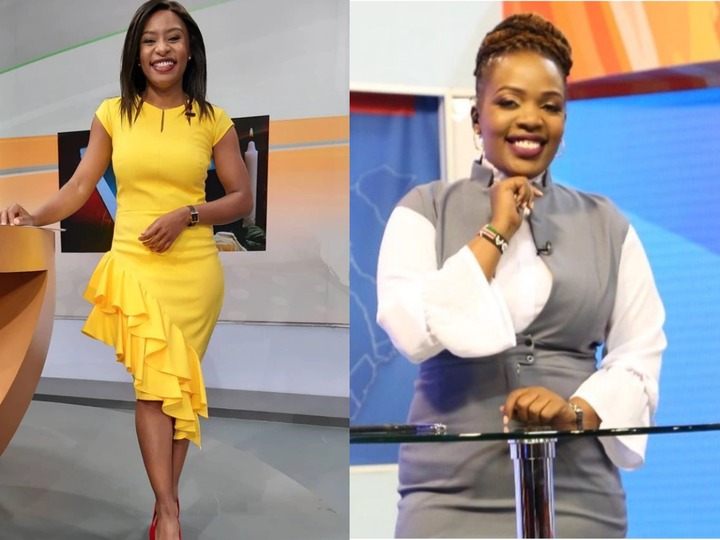 @MKapombe @polyigathe cast aspersions on @SakajaJohnson identity and @zubeidahkananu gave the senator an opportunity to respond. I think Sakaja should have kept his calm, charming demeanor and responded #NairobiGovDebate2022 Some of you calling Zubeidah unprintable names here is unfair 1/2

"She was doing her job best way she could in that moment. There are better ways of showing dissatisfaction in how someone, anyone handles an issue. Critique to build not to tear down. Ni hayo tu"

Mashirima Kapombe has urged Kenyans to stop calling Zubeida Koome names due to her earlier stance during yesterday's debate. She has insisted that there are better ways of showing dissatisfaction instead of demeaning someone. According to Mashirima Kapombe, Zubeida was simply doing her job.

"The DP Is Getting A Bit Over Excited With The New Office" Kitui Central MP States About Rigathi.

South Africa: Heartbreaking Story Of A 3 Months Baby Girl Found Dumped With A Note From Her Mother