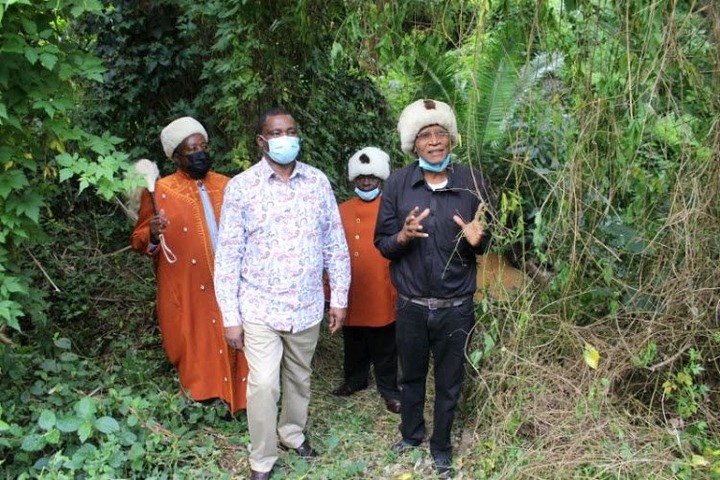 A rift among influential Mount Kenya leaders has continued to surge towards the coronation of national assembly speaker Justin Muturi as the region's spokesperson slated for tomorrow at the Agikuyu shrine of Mukurwe wa Nyagathanga in Murang'a County.

First-time Kirinyaga governor Anne Waiguru is the latest to wade into the divisive ceremony that could trigger physical confrontation given that Murang'a governor Mwangi wa Iria has already insinuated of a likely bad ending for the ceremony.

Through her social media pages, Waiguru has made a very heartbreaking statement with regards to the event. According to her, such gimmicks have the least influence politically as compared to consultations and consensus.

Waiguru however noted that Muturi was free to do all he wants but faulted him for rushing to inherit a position that is currently under the hands of president kenyatta who is expected to relinquish it by 2022. 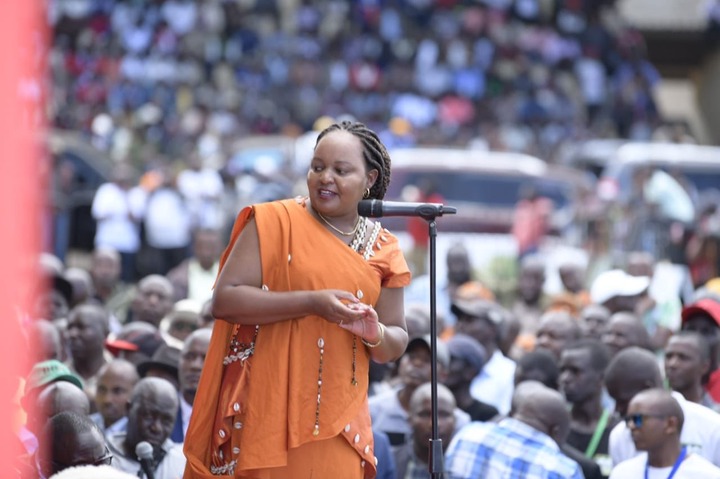 " These ceremonies will not give him an upper hand because the people of Mount Kenya never had cultural kingpins and spokespersons until colonialists came and installed the generally unpopular paramount chiefs." Waiguru stated through her lenghty social media post.

Besides Waiguru, a lot of Mount Kenya leaders have rubbished Muturi's rush to succeed president Kenyatta at the time when his grip in the region seems to be waning amid questions whether he would have any wherewithal by 2022 to warrant influence in the succession race.

Already, Murang'a County officials have vowed to scuttle the process that will take place in their county citing lack of proper consultations. 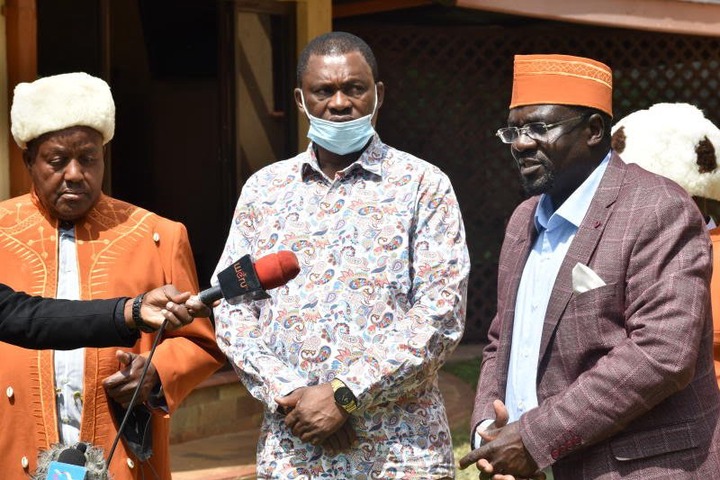 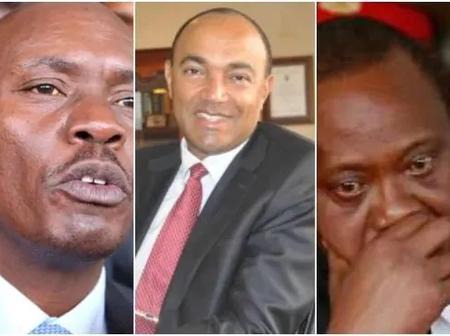 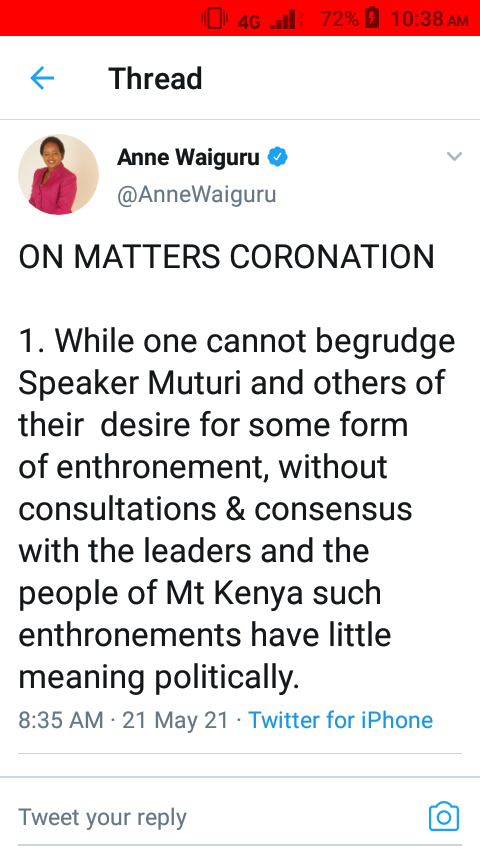 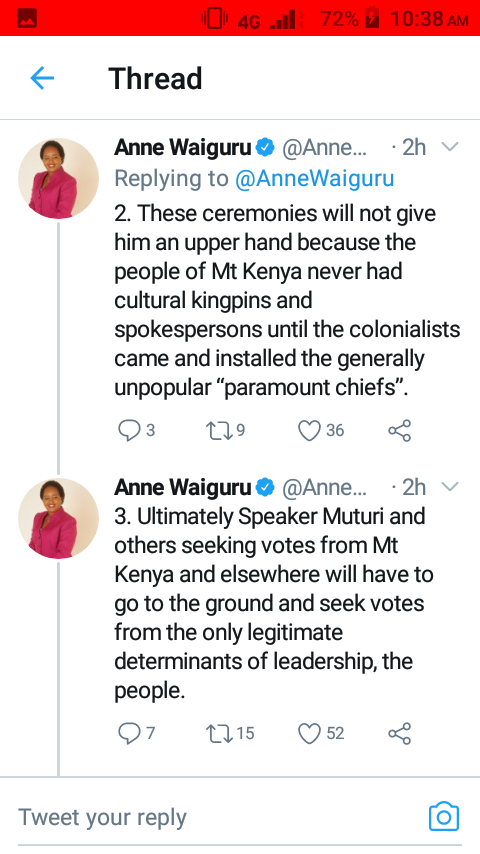